is one of the UK’s most popular and adaptable organists; he has played Celebrity Concerts in such places as St Paul’s Cathedral, Westminster Abbey and Westminster Cathedral, the Laurenskerk, Alkmaar and at Symphony Hall in Birmingham, Leeds Town Hall, Melbourne Town Hall, Pietermaritzburg City Hall and Johannesburg Cathedral. His large repertoire means he can design concerts suitable for most organs and audiences. Playing regularly on the 1860 Father Willis organ at Huddersfield Town Hall, where he has been resident organist for over 25 years, he has built a large and enthusiastic following.

Gordon has recorded several CDs, and those of the organs of Huddersfield Town Hall, Johannesburg Cathedral, Pietermaritzburg City Hall, Providence Church, New Mills, All Saints' Church, Hastings and Pontefract Parish Church are available from this site. Also available are recordings of organ music by Andrew Carter and Noel Rawsthorne. 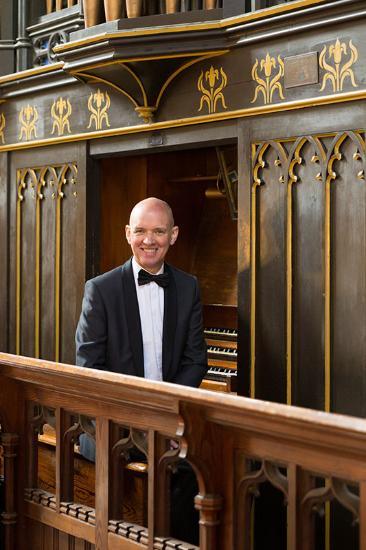