We are very excited to welcome Longleash to the series this week for a performance of contemporary works for piano trio, including compositions (and a world premiere!) by UCC Music alumni, Anne Cleare and Adam McCartney. 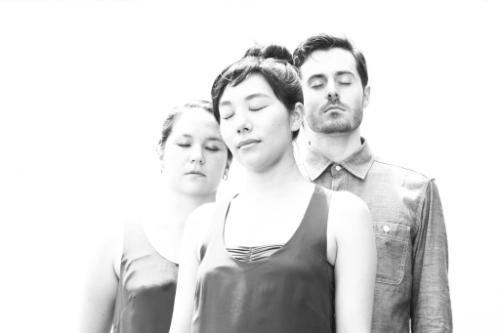 Longleash is a group with a traditional instrumentation (violin, cello, piano) and a progressive identity. An “expert young trio” praised for its “subtle and meticulous musicianship” (Strad Magazine), Longleash has quickly earned a reputation in the US and abroad for innovative programming, artistic excellence, and new music advocacy. In Fall 2017, the trio added two critically acclaimed releases to their discography: a debut album, Passage, that earned them Sequenza 21’s Best New Recording Artist of 2017, and a work on the album Soft Aberration, named a Notable Recording of 2017 by The New Yorker. Longleash takes its name from Operation Long Leash, a CIA program designed to covertly support and disseminate the work of American avant-garde artists throughout Europe during the Cold War.

Longleash has conducted lectures and workshops at New York University, Manhattan School of Music, University of Nebraska, Ohio University, and Hunter College. The trio's work on behalf of American composers has been recognized and supported by Chamber Music America, the Alice K. Ditson Fund of Columbia University, The Amphion Foundation, and the Aaron Copland Fund for Music.