We have just arrived back from our 10 day research cruise on board the RV Celtic Explorer.

The cruise was a crucial part of our SFI funded Project MMMonKey_Pro, which you can read more about here. 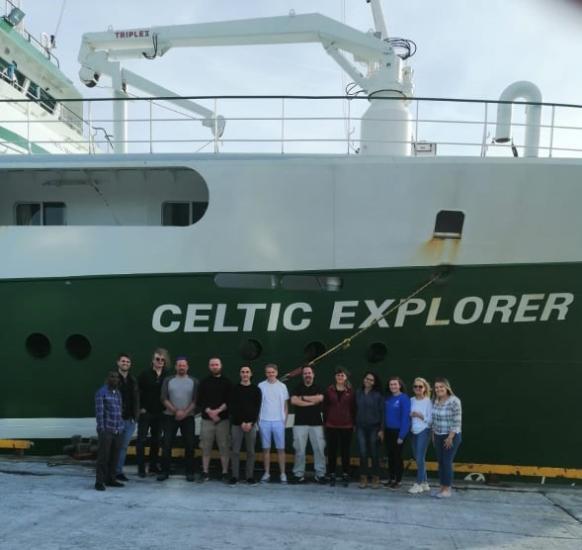 Our team of scientists beside the RV Celtic Explorer

The primary aim of the research cruise was to deploy eight landers which took the form of a monitoring system that consisted of a Sediment Trap and an Acoustic Doppler Current Profiler. The purpose of these monitoring systems are to look at sedimentation rates and current speeds at several sites along the Porcupine Bank Canyon.

Those of you who follow our project will know that the site we are studying is called the Porcupine Bank Canyon, a submarine canyon located in Irish waters approximately 370km South West of Mizzen Head. 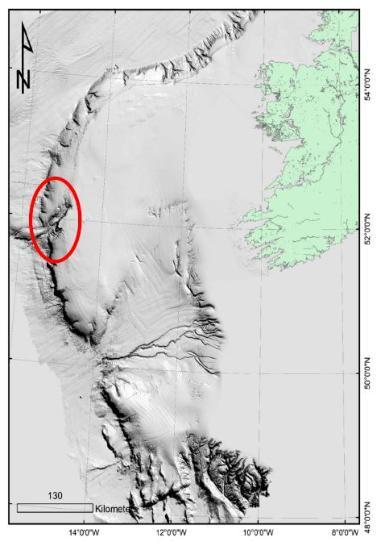 During our research cruise we successfully deployed all eight of our monitoring systems along eight different site in the PBC. Have a look at the map below: 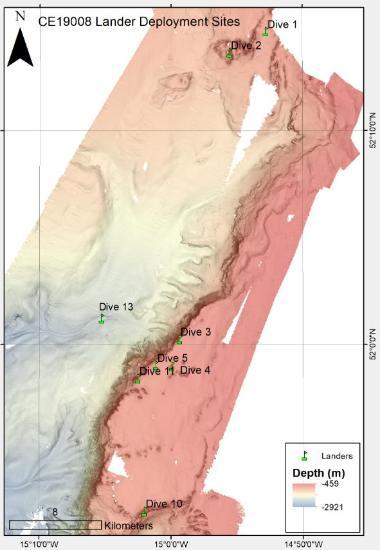 Lander sites in the PBC[/caption]

During the cruise we also completed our EM302 coverage of the Porcupine Bank Canyon to fill in the gaps that you can see in the map above. We also began to map a section of Ireland's EEZ for INFOMAR as it has recently been extended.

We also took several biological samples that included coral frameworks and water samples. These will be used by PhD researcher John Appah.

During the cruise we published several blogs, if you would like to find out more about the cruise then have a look at the ScientistsAtSea website. You can also read up about the cruise on twitter using the hashtag '#MoChaSCan' or '#uccmarinegeo'.