Find out about the MarPAMM AUV Workshop

Last month Prof. Andy Wheeler and PhD researcher Gerard attended an autonomous underwater vehicle (AUV) workshop at the Scottish Association for Marine Science (SAMS) in Oban, along with other members of the MarPAMM benthic habitat mapping work package. The aim of this workshop was to display the capabilities of the Gavia AUV named “Freya” (after the Norse goddess of beauty, love, and destiny) stationed at the SAMS. Dr. John Howe, Dr. Emily Venables, and Colin Abernethy hosted the workshop, illustrating the different instruments available on this platform, including a Geoswath + 500 kHz interferometric sidescan sonar, and a high definition camera system, and the potential applications that they have in a seabed habitat mapping survey. Fig. 1 shows Freya in all her glory. 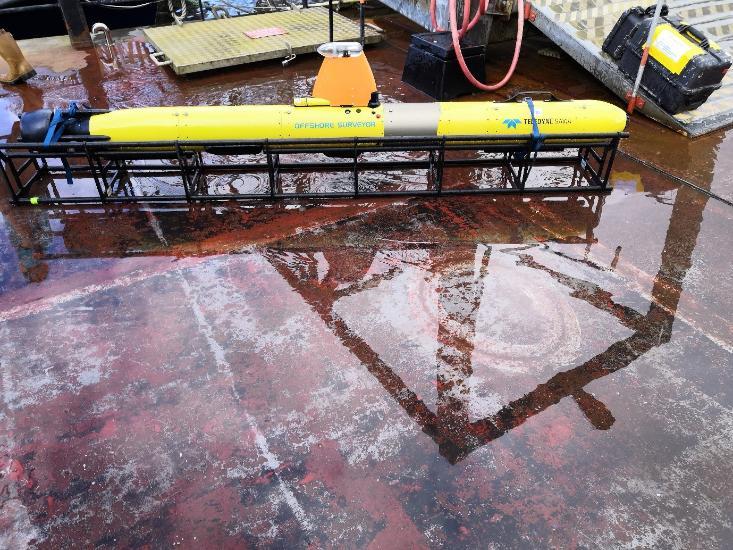 Fig.1: Freya strapped into her cradle, approx length is 2.5m[/caption]

Freya is a modular sensor platform, in that sensors can be added or removed as separate parts, these modules lock together as a twist lock system. This flexibility is very useful, for example, the configuration seen in Fig. 1 above has a total battery life of 4 hours, extra battery modules can be added to Freya to extend its battery life to 8 hours. Upgrades of sensors can also be added to enhance data collection. The research vessel the Seol Mara, seen in Fig. 2 below,s used as a platform to launch the AUV during missions in shallower water near SAMS, this provides the ideal facilities being a small vessel that is also equipped with a winch system for launch and recover of the AUV. The research vessel the Calanus is used for deeper water missions. 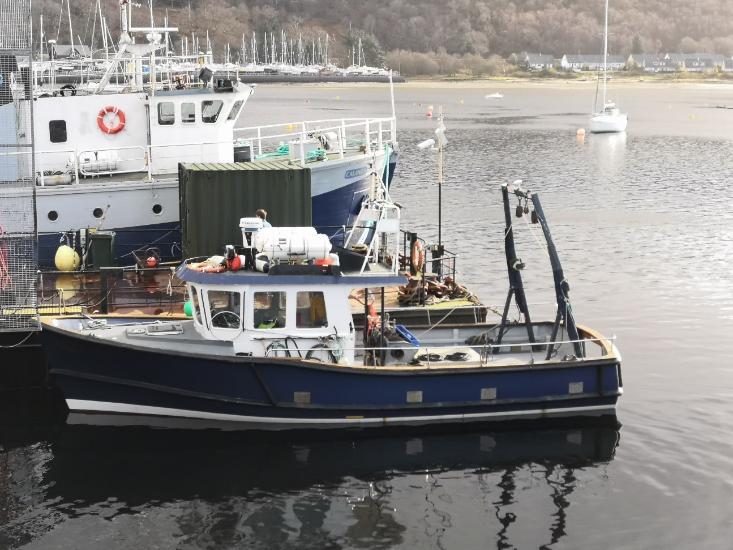 Fig 2: The RV Seol Mara docked up, with the RV Calanus behind it[/caption]

In order to operate Freya, a series of pre-determined lines are programmed into its navigation system. Typically, Freya is set to travel 2 m above the seabed, the AUV will maintain this distance over undulating terrain without any input from the researchers aboard the vessel. The crew then winch Freya carefully into the water. A communications array is then placed into the water as Freya submerges, updating the crew with her position, this can change relative to the simulated path programmed into the AUV, depending mainly on current strength and its direction relative to Freya. Once the mission is completed, the position of the AUV updates and it is recovered onto deck. With the conclusion of the survey, the data is downloaded from the AUV onto a hard drive. 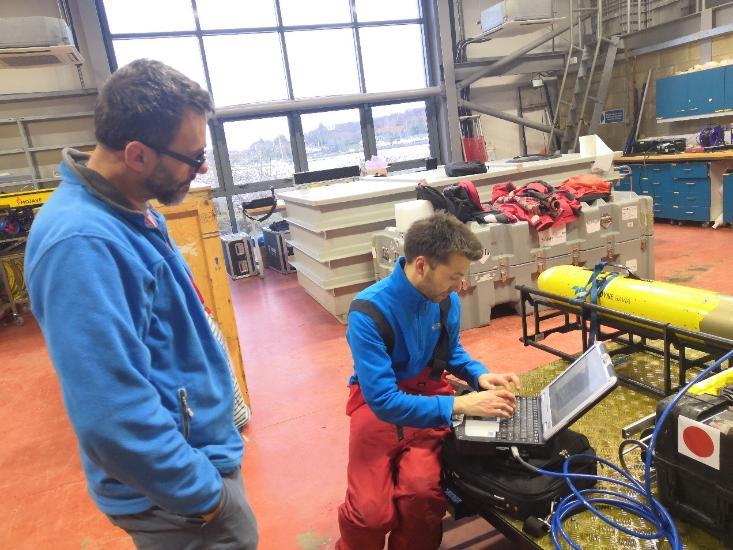 The Keufortt T24 Inertial Navigation System (INS), combined with a Doppler Velocity Logger, is used, ensuring that the position of the AUV is known within 0.1% accuracy of error. As a result, the bathymetry and the backscatter data produced by the sidescan sonar are georeferenced with centimeter scale accuracy. This attribute is incredibly significant for seabed habitat mapping and is of particular interest to the MarPAMM research group. The simultaneous collection of bathymetry, backscatter and image data enables the generation of a benthic habitat map that consists of precise bathymetry and backscatter data that has coinciding groundtruthing data. Collaboration between the partners, with improvements suggested for the processing and use of the still images and for the lighting system, the partners also discussed and tested the viability of a video camera system that would be attached to the AUV. 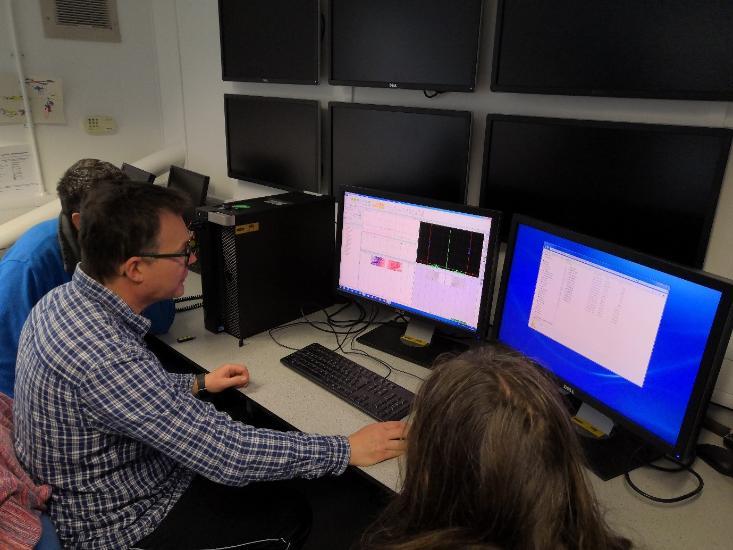 Gerard will have access to some very exciting data, and we are all waiting with trepidation to see the results of this research. Watch this space!