An update from PhD researcher John

An update from PhD researcher John

Hi, I'm John Appah, a Marine Ecology PhD student in the Marine Geology Research group, UCC. I have been working on the first paper of my PhD, "Environmental Controls of Benthic Megafauna Distributions in the Cold Water Coral-rich habitat of the upper Porcupine Bank Canyon, NE Atlantic" on the MMMonKey_Pro project for the past few months. The paper looks in to the key control processes on cold water coral habitats in the Porcupine Bank Canyon, NE Atlantic. Cold water corals are abundant in the NE Atlantic. There are solitary and colonial forms and both are able to form reefs and can be found in deep seas from depths of 500-3000m.

I collected my data from the PBC in 2017 and 2018 on board the RV Celtic Explorer with the Holland I ROV. We collected High resolution bathymetry, video data, Particulate Organic Matter (POM) and CTD data to characterise the active processes affecting these cold water coral habitats. Several environmental factors affect the species Lopehlia pertusa and its growth and distribution. Optimal growth of Lopehlia happens at temperatures of 4-13⁰C and salinity levels of 32-38.8 respectively. It is predominantly white, but yellow, orange and red variations also exist. 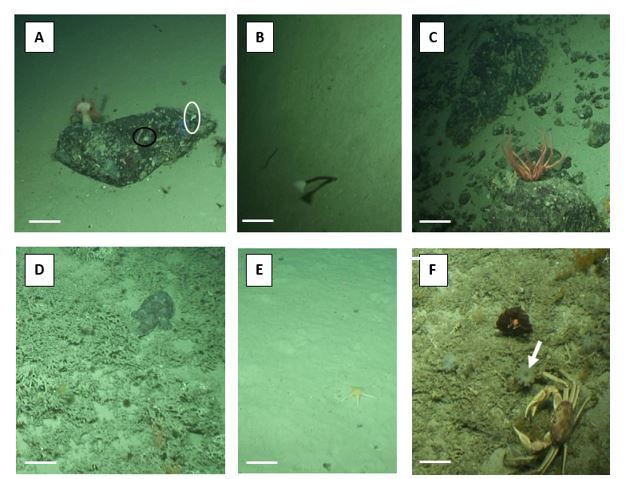 Our results look very promising and we hope to quantify and characterise the coral habitats throughout the canyon system. These kind of results can be used to inform policy makers in decision marking while informing the general public on Irish cold water coral ecosystems. Have a look below for examples of organisms I have identified in the PBC. 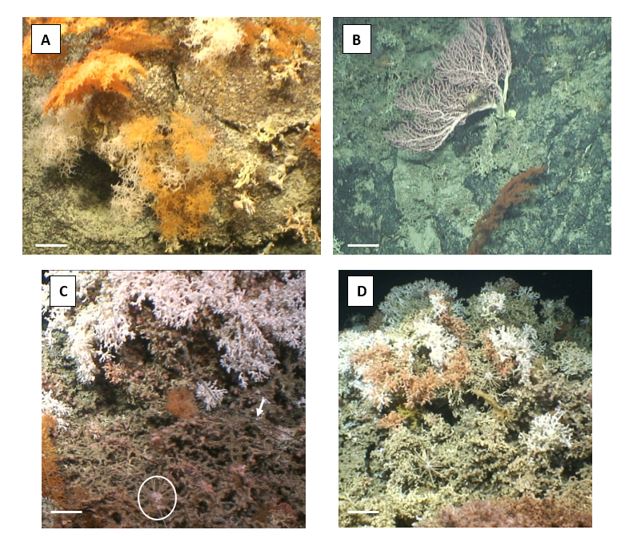