The School of Law's experienced faculty members undertake cutting-edge research, producing highly regarded legal scholarship both independently and through our research centres. This year, as ever, saw numerous successful funding bids for innovative research across a range of legal areas.

The Traveller Equality and Justice Project (TEJP) at the School’s Centre from Criminal Justice and Human Rights was awarded EU funding for a partnership with the Free Legal Advice Centre, which will create a Traveller-specific legal clinic. The TEJP was established as a partnership between UCC and FLAC with the aim of responding to a need for both research and the provision of legal services to support Irish Travellers in the face of ongoing and widespread discrimination. The project, led by TEJP Director Dr Fiona Donson, will carry out a range of research examining Traveller experience of discrimination and the current equality framework. In addition, it will develop a more victim-centred approach to discrimination by looking at best practice across the EU. 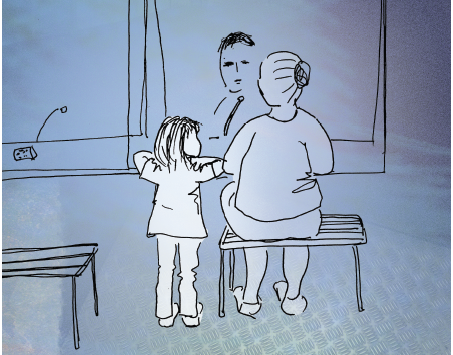 Dr Fiona Donson and Dr Aisling Parkes were awarded funding this year by the Irish Research Council for the establishment of an Irish network of all those working with children and families experiencing familial imprisonment. This project will undertake research to provide a snapshot of how, if at all, children in particular are supported in the context of familial imprisonment in Ireland. The project, a collaboration between academics in UCC Law School and the Irish Penal Reform Trust, builds on a number of previous initiatives and aims to support the formal establishment of a network of those concerned with improving supports for children and families who have an imprisoned family member in Ireland.

JCOERE Report 1 examines substantive challenges that may arise from the scope of the implementation of preventive restructuring frameworks introduced in compliance with the minimum standards set by the Preventive Restructuring Directive 2019/1023, or as in the Irish case of Examinership, in frameworks already existing in some jurisdictions. Its analysis relies in part on country reports from 11 different EU jurisdictions in answer to a questionnaire distributed at the beginning of the project. Fundamentally, this first Report presents the context in which the project's investigation of court cooperation in cross-border restructuring arises by highlighting specific substantive areas in which there may be tension between certain member states, resulting in obstacles to cooperation.

JCOERE Report 2 then analyses the obligations arising from the EU Insolvency Regulation and its Recast imposed on courts in EU Member States to cooperate in cross-border insolvency and restructuring matters. This second report also benchmarks judicial utilisation and awareness of best practice guidelines on court cooperation through the analysis of the results of a judicial survey distributed throughout the judiciaries of all EU members states along with feedback during in-person events with various judicial networks. This report also considers questions of judicial and legal culture and how this also impacts mutual trust and effective cooperation amongst the Member States. It concludes with reflections upon the findings of both reports and what the findings may say about the broader question of legal harmonisation and integration.

Dr Aoife Daly is currently engaged in the project Children’s Competence in Context: Advancing Interdisciplinary Approaches to Practical and Legal Questions, funded by the Independent Social Research Foundation. She is at present conducting interviews with practitioners such as doctors and lawyers, to ascertain how they understand children’s competence. The data analysis will involve structuration theory (Giddens, 1991) to uncover (un)conscious needs and structural properties which help explain why agents act as they do. The research has already led to impact work, such as the establishment (on invitation by the NHS) of a training programme for vaccination nurses across the UK on children, consent, and rights.

A new research collaboration between UCC School of Law and University of Edinburgh Law School to establish a Public Health, Ethics and Law Research Network has been made possible thanks a to an Irish Research Council (IRC) and Economic and Social Research Council (ESCR) grant. The project, which is being led on the Irish side by Professor Mary Donnelly with Professor Deirdre Madden and Dr Mary Tumelty as co-investigators, will examine and re-think how we understand the relationship between public health, ethics and the law across Ireland and the UK, particularly against the backdrop of the ongoing Covid-19 response. It is one of twenty Irish-UK research collaborations in the social sciences awarded a grant by the IRC and ESRC as part of a recent joint funding call.

This year also saw the School establish our new Spotlighting Research series – a regular feature on our website where we shine the spotlight on cutting edge research taking place at the School, as well as the academic staff leading it. You can catch up with the series so far in our news section.