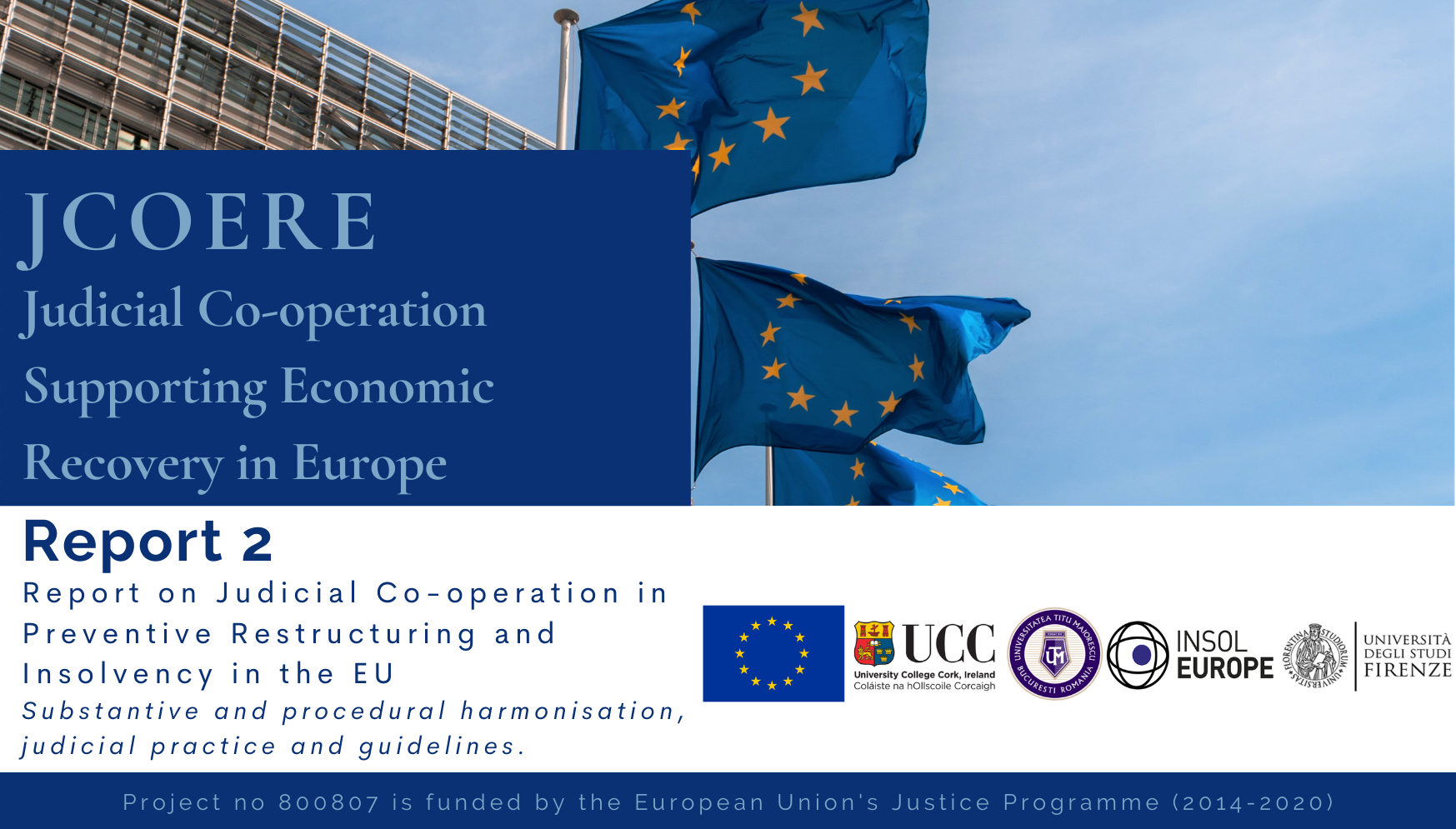 The JCOERE Project, funded by the European Commission’s DG Justice Programme (2014-2020), addresses two aspects of the European Union’s strategy to respond to the problems of cross-border insolvency within the increasingly integrated internal market. The European Commission’s strategy is described in the Commission Recommendation 2014/135/EU on a new approach to business failure. The first aspect concerns the co-operation obligations that have been imposed on all domestic Member State courts and judiciary under the European Insolvency Regulation (Recast) 2015/848 (EIR Recast). The second concerns the implementation, subsequent to the Preventive Restructuring Directive 2019/1023, of a preventive restructuring framework in the domestic law of all Member States.

The second JCOERE Report analyses the co-operation obligations arising from the EIR Recast, which are imposed on courts and practitioners in EU Member States to co-operate in cross-border insolvency and restructuring matters. The Report also undertakes a benchmarking of judicial utilisation and awareness of best practice guidelines on co-operation that have been adopted by European and international organisations. This was achieved through engagement with judicial networks during a number of interactive workshops and through the distribution of a judicial survey to three focus groups comprised of members of the judiciary. This, together with JCOERE Report 1, has contributed to answering the overall project research question, which asks:

JCOERE Project Report 2 reflects the goals of Workpackage 3 of the Project and accordingly focusses on the courts, including judicial and administrative authorities, charged with approving and implementing restructuring plans and to which the co-operation obligations are addressed. The second Report considers the application of best practices for co-operation of cross-border preventive restructuring cases, judicial awareness of existing obligations and guidelines and judicial practice in this area. Report 2 also considers broader questions, such as differences in judicial culture across the EU Member States, how this impacts mutual trust and effective cooperation, and how the obligations and broader initiatives concerning judicial co-operation are fundamental to the question of European integration and harmonisation.

The research in Report 2 also undertakes a comparative analysis of judicial co-operation in another federalised jurisdiction, undertaking a comparison between the European Union and the United States.

The Report is also available to download and read in full, from UCC's institutional data repository, CORA. Please click here to download the Report from CORA.