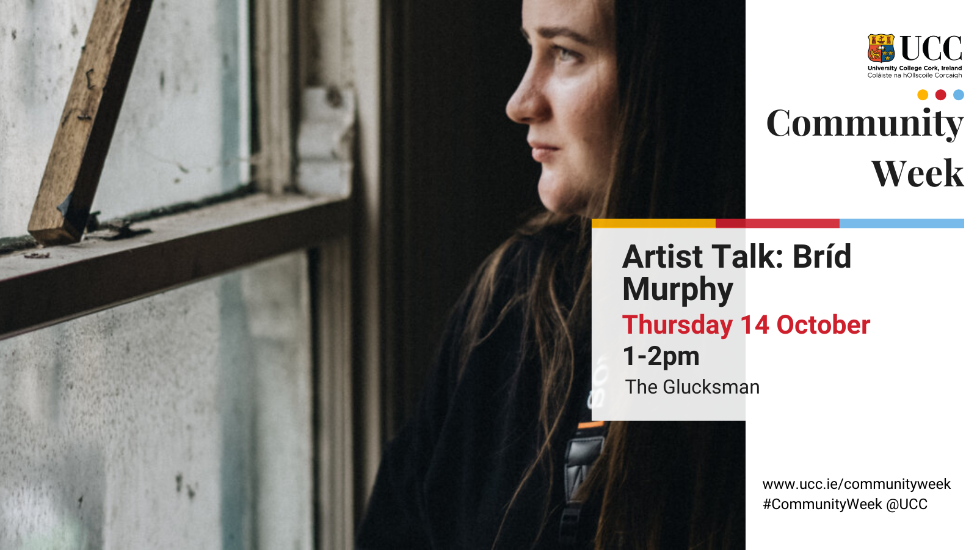 Join artists from GRAFT our citywide collaboration with the National Sculpture Factory.

Bríd Murphy is a visual artist from Portarlington, Laois, working in a wide variety of media such as video, projection mapping, sound, photography, performance and drawing. She graduated from Limerick School of Art and Design with a BA in Sculpture and Combined Media. Her practice explores themes such as gender, anxiety and self-identity through a wide variety of media including video, drawing and performance. Her work has been exhibited in group shows, such as PeakShow and K-FEST, and she has shown work in the National Museum of Ireland, Castlebar and the National Museum of Ireland, Collins Barracks.

For Graft, Bríd has created an installation of four new films that capture compressed bodies constricted to an overcrowded apartment. Highlighting the lack of suitable, affordable accommodation for young people due to Ireland’s ongoing housing crisis, and the need to share confined spaces at a time of lockdown restrictions, the films are currently projected from inside the former Liam Ruiséal premises on Cork’s historic Oliver Plunkett Street, visible through the windows to the outside public.

The Glucksman is a leading museum nationally and internationally for creative learning and access to the visual arts. It creates a welcoming space for future,current and graduate students of UCC to learn from art, and enriches the campus environment through the care and presentation of the UCC art collection. The culture of innovation and passion for access at UCC is embodied in the Glucksman’s curatorial and educational programmes and enables the University to nurture creative connections between people and disciplines.