Ken D. O'Halloran is a native of Cork city and a graduate of Coláiste Chríost Rí (1988) and University College Cork (1992). After reading Physiology for the BSc (Hons.) degree at UCC he completed his doctoral studies in the laboratory of Professor Aidan Bradford at the Royal College of Surgeons in Ireland (1995).

After 5 years as a postdoctoral research fellow in the USA at the University of North Carolina - Chapel Hill (1995-6) and the University of Wisconsin - Madison under the guidance of Professor Jerry Bisgard (1996-2000), Dr. O'Halloran returned to Ireland in 2000 to take a lectureship in Physiology at University College Dublin; he was appointed Senior Lecturer in the School of Medicine and Medical Science at UCD in 2006.

He was appointed Professor and Head of Physiology at University College Cork in 2011.  Professor O'Halloran's primary research interest is the control of breathing in health and disease. His research group utilise experimental models of common human respiratory diseases such as COPD and sleep apnoea to explore the physiological and pathophysiological effects of hypoxia on the respiratory system. 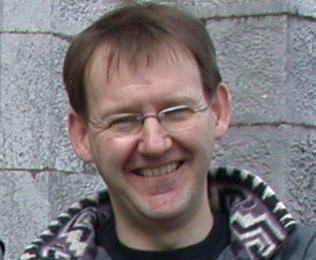 Dr Harrison is Senior Lecturer in Molecular Physiology.
The research focus of the lab is the development of Zinc Finger Nucleases (ZFNs) and Tal Effector Nucleases (TaleNs) to repair mutations in cells that give rise to the inherited genetic disorders cystinosis and cystic fibrosis. 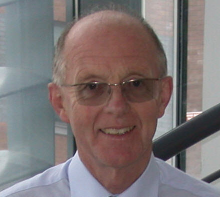 From Cornwall, Edward Johns gained a BSc and PhD in Physiology at the University of Southampton before working at the Department of Physiology, University College Birmingham. His research from this time has been primarily focused on the Physiology and Pharmacology of the Kidney and its relationship to Hypertensive Disease.

He also received  a DSc for his contribution to research Appointed at UCC in 2002 Edward Johns remained Head of the Department for ten years at UCC. During this time Physiology acquired space within the BioSciences Institute; this research facility is dedicated to Molecular and Cellular Physiology, running at full capacity now.

Edward is currently supervising the building of a new University and Hospital in Malaysia which will have teaching links and collaborations with UCC.  He remains Emeritus Professor of Physiology and continues to pursue his research interests here. Dr Patrick Harrison was  Head of Department until Professor Ken O'Halloran was appointed in 2011. 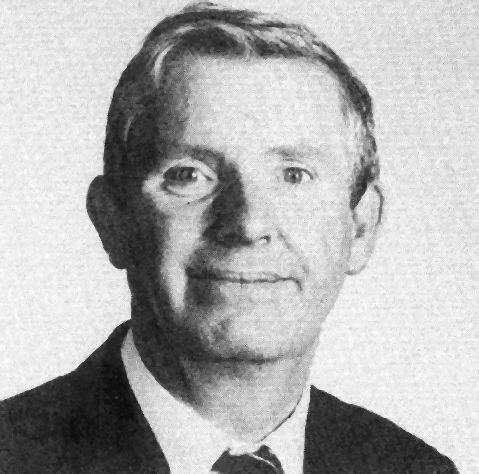 Professor Hall completed his PhD at the University of Sheffield and joined the department in the late sixities.He was inspirational in founding the Cellular Physiology Research Unit (CPRU),  recruiting  the highly regarded Physiologist, Brian Harvey from France to lead it. Professor Harvey  would later go on to be appointed the first Vice- President for research at UCC.

New laboratories were built and space was optimised. President Mary Robinson officially opened the new Labs in the CPRU in June 1993 and they were designated a Welcome trust Research Unit in October 1994. The number of students within the Department also increased three fold, with nursing becoming a key teaching area.

The structure of the Science Faculty itself also changed. Professor Hall was also responsible for starting what is  now known as Clinical Skills training for medical students within the Department. There are now plans for this element of medical training to have a building of it’s own. Dr Elizabeth Gebruers acted as temporary Head of Department until Edward Johns was appointed in 2002.

Professor Sheehan took his primary  degree in UCC in 1948 and became an MD in 1952 and MRCP (London ) in the same year. He took an additional degree in Physiology in 1957and became Professor of Physiology in 1958.Professor Sheehan led the Department from the Mechanical era into the Electrical and Electronics era with creative developments in the teaching of laboratory skills and clinical practices.

Clever ideas such as the making of 8mm films and tape recordings of patient case files within the Department were original for the time. He was very much committed to the enlightenment of his students and this dedication greatly expanded the consciousness of students to the scope of medicine.  Collaborations with Hans Ussing; the father of Cellular work and inventor of the Ussing chamber were also made during Sheehan’s tenure.

Space was at a premium during this time and our undergraduate laboratory was based in the top floor of the Electrical Engineering building , with the rest of the Department in the Windle Building. The Department expanded and Biochemistry moved to the Lee Maltings and Pathology to the Cork University Hospital (CUH).

The Animal House; which is now known as the Biological Services Unit (BSU);was conceived during these years, with Dr. John Hall being it’s first director. He would later go on to become Head of Physiology. From small beginnings, the BSU has expanded to allow its use by Biological and Chemical researchers across UCC. 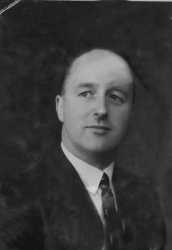 Professor P J. Cannon graduated from UCD in 1948 and was appointed Professor of the Physiology Department in 1954. His active professional experience included resident posts at the Mater hospital in Dublin and the Hospital of SS John & Elizabeth in London.

After his appointment in Cork he inaugurated several important improvements in the arrangement of the Medical Building; paying special attention to Pharmacology. He was later appointed Professor of Pharmacology in UCD.

Professor Cannon is an Emeritus Professor in the Department  of Pharmacology in UCD.He also had a great interest in other languages and was awarded the Fellowship of the Institute of Linguists, London in 2002. 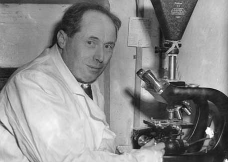 Professor Kane took his medical degree at University College Dublin (UCD) and received his Medical Degree (MD)  in 1928. He was appointed to the chair of Physiology in 1942. He was a distinguished teacher and member of the Governing Body at UCC and general council of the Irish Medical Association. In 1953 he returned to Dublin to become Professor of Physiology at the Royal College of Surgeons.

Professor Barry was born in Ballyanihan about thirty miles north of Cork. Graduating M.B.(RUI) in 1894; he continued to study at the University of Liverpool and later moved to London, where worked with Ernest Henry Starling, a renowned English Physiolgist most acclaimed for  developing the ‘Frank-Starling law of the Heart’. In 1907 he accepted the chair of Physiology in Cork at the invitation of Professor Bertram Windle. He held this position for thirty-four years. Prior to his appointment Physiology was taught as a side-line to Anatomy. Barry soon changed this. New Laboratories were built , the department progressed massively, eventually embracing Histology and Biochemistry also. Barry’s research was focused on cardiac perfusion and he is now regarded as a pioneer of cardiography.

John J Charles was born in Tyrone in 1845. Charles studied at Queen’s College and was appointed Professor of Anatomy and Physiology in 1875.

Benjamin Alcock the first Professor of Anatomy and Physiology at Queen's College Cork. Benjamin Alcock was born in Kilkenny in 1801 and was educated in Dublin studying Anatomy at Trinity College Dublin.