The Devil is in the Details

Guillaume share some thoughts about geophysical data and seismic artefacts

What do we really know about the sub-seabed? Not much…

In this quest for information, we acquire ground-truthing by drilling holes or sampling cores. But nowadays, we also rely on geophysical data, herein seismic, to explore and describe sub-seabed sediment and bedrock units.

Seismic profiles are an indirect representation of the sub-seabed. The concept of seismic reflection is to highlight impedance contrasts (e.g. from unit boundaries, layers or even differences in physical properties) (Lurton, 2002). Depending on the acquisition system and its complexity, creating an image requires numerous steps of data processing (Yilmaz, 2001). Such processing aims to minimize the geometric deformation of the layers and remove most of the artefacts.

Within the framework of the I-MORE project, the exploration of a significant seismic dataset from different sources and different acquisition systems led to several artefacts. These artefacts notably include diffraction hyperbola and bowtie artefacts (Kearey et al., 2002; Yilmaz, 2001). While hyperbolas are associated with a diffraction point, bowtie artefacts are related to an object's deformed geometrical representation. 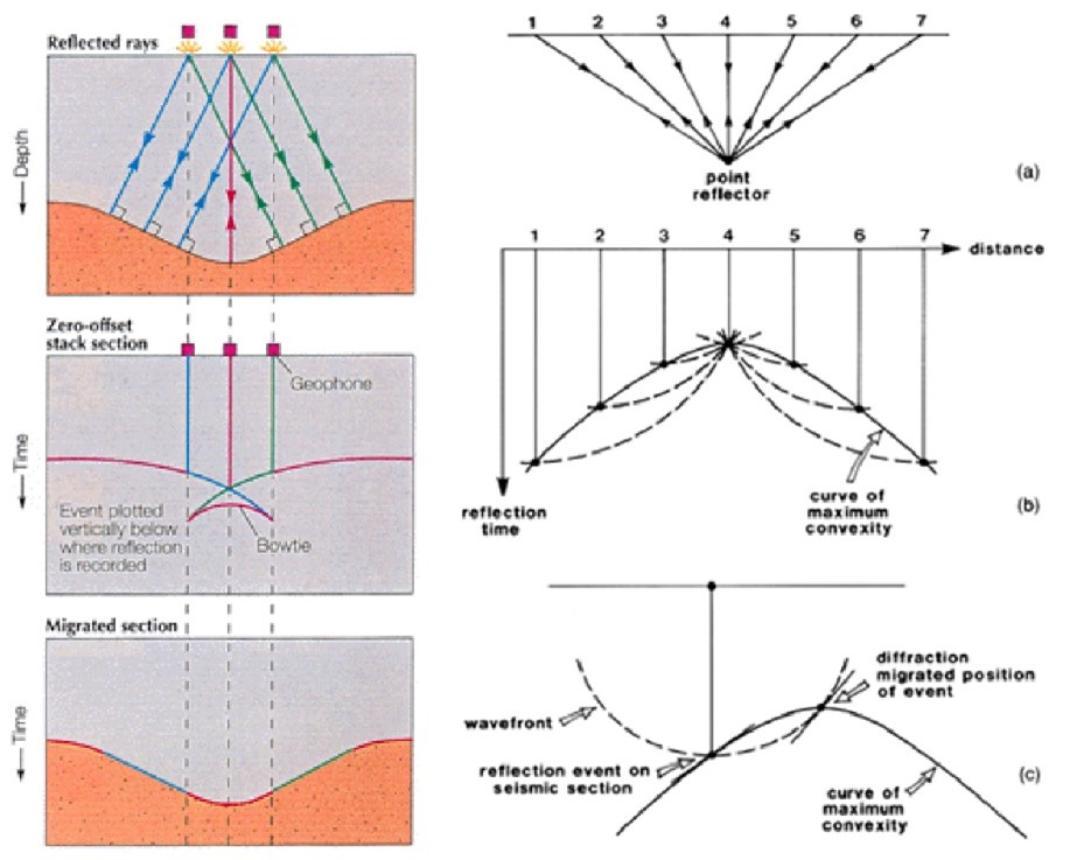 If you want to learn more about seismic artefacts, several websites are easily accessible:

and for some more complex explanations, here are the references :

Robinson, E. A., & Treitel, S. (2008). Digital imaging and deconvolution: The ABCs of seismic exploration and processing. Society of Exploration Geophysicists.