When Jerry Buckley started working in the then Computer Bureau in 1979, as a trainee Analyst/Programmer, the internet was still a decade away from being born; the Boole Library was being built on the site of the old Quarry, and UCC IT systems ran on one IBM mainframe that that had less power than today’s iPhone.

Jerry worked for many years as the project manager on the implementation of Ireland’s first online library system, Dobis/Libis, and then went on to project manage the roll-out of the University’s first enterprise collaboration software, which was based on WordPerfect Office and exploited the latest computer and networking infrastructure to support university administration. 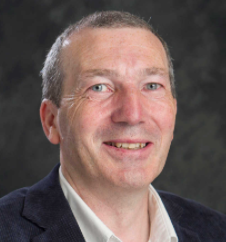 In the mid 1990’s, Jerry turned his focus to replacing the then student records system, and project managed the selection and installation of ITS which went live in 1997. In 1999 Jerry became the University’s first Data Administrator and directed the building of the University’s Data Warehouse, which still supports the University’s reporting and analytics services. In 2002, Jerry formally took over the management of the Enterprise Applications Group (EAG), consolidating all the systems that support the business of the University into one team. Over the past 10 years Jerry has been key to implementing the new cloud-based systems that run the University today, from initiating the Digital Hub and championing Microsoft CRM and the O365 rollout, to the transitioning of many of the key business systems from on-premise to cloud.

Much of the digital systems architecture that runs UCC today is built on the foundations that Jerry and his colleagues in the Computer Bureau pioneered, and we are indebted to him for his vision, his diligence and the legacy he has left the staff and students of UCC. Jerry retired from UCC in July and we wish Jerry, and his wife Geraldine, the very best of luck for the future. The team in EAG and all of IT Services will greatly miss Jerry’s good will and positive outlook, which never waned despite the many IT challenges he faced over the years.