One of the main promotional events that the UCC School of Chemistry is famous for all over Munster is its Chemistry Magic Show. The host of the show is Dr. Declan Kennedy.  Declan is based in the Department of Education in UCC and is a former secondary school chemistry teacher.  He is involved in training our future science and chemistry second level teachers.  Some of you studying Chemistry for the Leaving Certificate may have come across Declan’s textbook, Chemistry Live!, published by Folens.

The Magic Show is a one hour fun-filled spectacular series of experiments during which Declan and his team of technicians show how enjoyable chemistry can be and to highlight that the subject is not as difficult to study as is commonly thought of by many people. 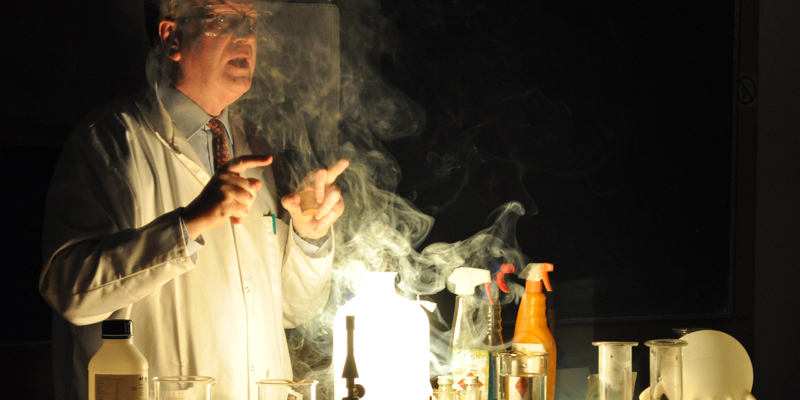 The show is structured around a number of themes:

I don’t want to mention too many of the experiments that Declan performs.  You’ll just have to come along to the next public show during National Science Week to see for yourself!!

Chemistry magic shows take place in UCC in conjunction with other chemistry promotional events being held in the department, such as the Salters Festival of Chemistry, UCC Plus and National Science Week.