2019 was a jam-packed year for events and conferences at the School of Law.

In October 2019, the School of Law hosted a Conference on Enforcing EU Environmental Law. Opened by An Tánaiste Mr Simon Coveney, it was attended by 110 delegates and attracted a capacity audience including lawyers, regulators, Government officials, NGOs, community groups, academics, students and members of the public with an interest in environmental law.

Law and the Environment Conference marks its 17th year

The Centre for Law & the Environment at the School of Law hosted the 17th Annual Law and the Environment Conference, a unique event in the Irish environmental calendar, in April.  The theme of this year’s well attended conference was The Role of Environmental Law in the Transition to Sustainability.

This December, in conjunction with the Bar of Ireland, the Cork Bar and the Southern Law Association, the UCC School of Law hosted its annual lecture in memory of the late High Court Judge, The Honourable Mr Justice Kevin Feeney. President of the Court of Appeal, the Hon Mr Justice George Birmingham, delivered this year’s lecture on the topic “Sentencing Guidelines: Flavour of the Month?”

Professor Mary Donnelly and Dr Claire Murray organised a ‘Gendering Mental Health and Capacity Law’ Workshop held at UCC in March 2019 with participants from Australia, Belgium, Ireland and the United Kingdom. The papers from the workshop were subsequently published in a Special Issue of the International Journal of Law and Psychiatry. 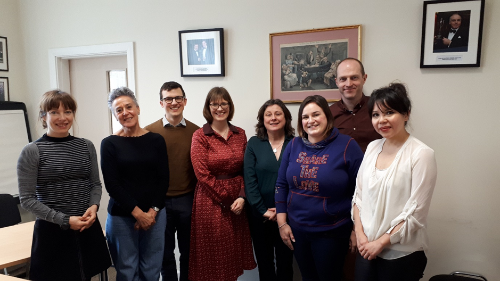 Professor Mary Donnelly also organised a ‘Supporting Legal Capacity in Socio-Legal Context’ workshop, together with Prof Rosie Harding. Birmingham University and Dr Ezgi Taşcıoğlu, Keele Law School. This was held in the Onati Institute for the Sociology of Law, Spain in July 2019. Prof Donnelly and Dr Claire Murray delivered paper at the workshop. 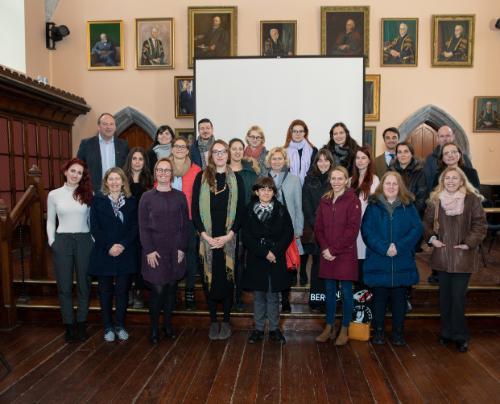 This year’s meeting of the Rotterdam Law Network was hosted by the School of Law at University College Cork, the sole Irish member of the Network. The aim of the Rotterdam Law Network is to cultivate existing and establish new contacts between the law departments of the member universities, and the 2019 meeting was attended by delegates from Croatia, Czech Republic, Denmark, Germany, Hungary, Iceland, Lithuania, Netherlands, Norway, Portugal, Serbia, Slovenia, Sweden and the UK.

Sovereignty, populism and constitutional politics on the agenda at Constitution Project Conference

This summer the Constitution Project @ UCC, in association with the British and Irish Chapter of the International Society of Public Law, hosted a conference on Sovereignty, Populism and Constitutional Politics. The keynote address was delivered by Professor Gráinne de Burca of New York University, who considered the challenges posed to the EU by the rise of populism, and lessons that Europe could learn from Ireland’s experiments with Citizens’ Assemblies.

The annual Mental Health and Capacity Law conference was held in April. This year’s conference considered recent case law on the Mental Health Act 2001, developments in capacity law and comparative reflections on mental health law in England and Wales.

Conference to Discuss the Ethical Space Around Reproductive Health Services

An international and interdisciplinary conference, 'Reclaiming Conscience: Developing Ethical Frameworks for Reproductive Health', was organised by Professor Mary Donnelly and Dr Claire Murray and held in UCC in June. The conference, which was held with the support of the Family Planning Association, brought academics and practitioners together to think about the ethical space around provision of the full range of reproductive health services.

The School of Law, with support from A & L Goodbody and Heineken Ireland, hosted the Competition Law Scholars Forum (CLaSF) - an international organisation whose aim is the promotion of competition law scholarship in EU Member States. This was only the second time that the Forum was held in Ireland and the first time that it was hosted at UCC.

Visit from China University of Political Science and Law delegation

The School of Law hosted a delegation from China University of Political Science and Law led by their Vice-President Shi Jianzhong on 18th October. This University is ranked equal first in Law Schools in China and foundations were laid for future cooperation.