Tanja Aitamurto, Ph.D., is a Postdoctoral Fellow at the Crowdsourced Democracy Team at the School of Engineering at Stanford. In her work, Tanja examines civic technologies for informing, empowering, and connecting people. She studies the impact of new media technologies on people's behavior and society. These technologies include crowdsourcing, virtual and augmented reality, and artificial intelligence.

Her work has received several awards and has been published in academic venues such as the New Media & Society, Human Factors in Computing Systems (CHI) and Computer-Supported Collaborative Work and Social Computing (CSCW). She has attended meetings and given talks about her research at the White House, the United Nations, OECD, the Council of Europe and in several Parliaments and Governments.

In her projects, Tanja often collaborates on in-the-wild experiments with media organizations and local and national governments. Tanja leads the design and implementation of the Finnish Experiment, a series of pioneering cases in crowdsourcing policymaking. More about Tanja’s work at www.tanjaaitamurto.com

My research aims to understand how we can renew our democracies by communication and deliberation. The key goal is to develop novel links between normative theory and empirical political science, as well as to transform normative ideas into practical applications. My current research focuses on optimal forms of deliberation, deliberative reforms in elite politics, the potential of citizen deliberation in direct democracy, the deliberative abilities of ordinary citizens, deliberation on political rights of foreigners, and the mapping and measuring of deliberation. 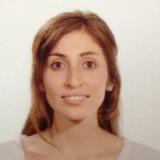 I am a Postdoctoral Research Fellow at the Varieties of Democracy Institute (V-DEM) at the University of Gothenburg and Associate Editor of Representation, a Journal of Representative Democracy. Previously, I was a Research Fellow at Sciences Po Paris working in the project Pathways to Power, which investigates the representation of citizens of immigrant origin across European democracies.  Also, I was a Marie Curie Fellow at the University of Mannheim, I worked with the Electoral Integrity Project (Harvard University – University of Sydney),  the Manifesto Project (WZB Berlin Social Science Center), the Humboldt University Berlin, the European Commission and the Center for Research in Economics and Statistics (CREST).  My research and teaching interests include political institutions, voting behavior, party politics, political representation, political text analysis, survey research, and experiments. 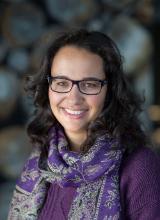 Annemarie Walter is Assistant Professor at the School of Politics and International Relations and the University of Nottingham. She received her Phd in 2012 at the University of Amsterdam. Her interests are campaign strategy, political advertising, televised election debates, political scandals and the mind of the voter. Her main  expertise is the  use and effects of negative campaigning in multiparty systems.