On Saturday the 10th of December there was a small gathering at Enterprise House to mark the launch of the 4th edition of Irish Wild Mammals A Guide to the Literature by Pat Smiddy and Paddy Sleeman. 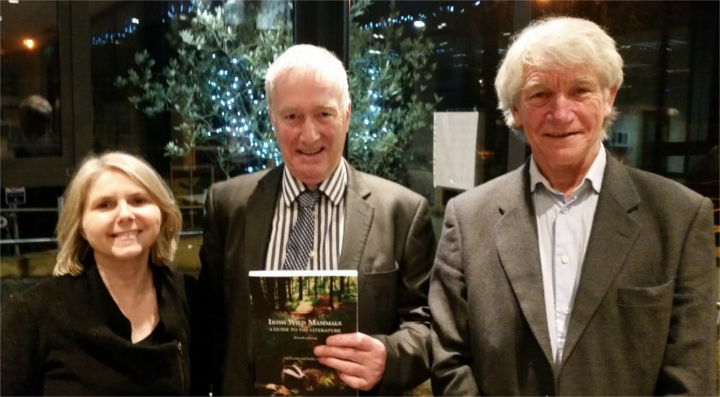 The first edition was published in 1972, and Paddy came across it at an office next to the mart in the City of Chichester, in England. As with many people, it changed his life by allowing access to what was then known about Ireland’s wild mammals. Dr Colin Lawton of the Mammal Ecology Group, Martin Ryan Institute at National University of Ireland (Galway) gave a short speech in which he portrayed trials of those who study mammals, from being bitten to being given, very welcome but very smelly things. But of the things that makes that pursuit easier is Irish Wild Mammals A Guide to the Literature. Mince pies cream and hot drink were had by all. Cian Gill and Paddy’s sons, Richard and Jack, manned the shop (photo below). 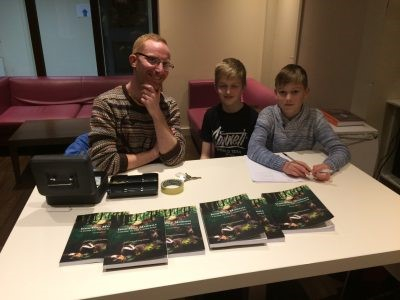 Next Article
Back to News 2016