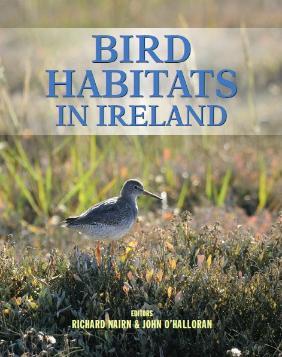 On Friday 18th May at 9.00am, at the RDS Dublin, the Minister for Arts, Heritage and the Gaeltacht, Mr Jimmy Deenihan TD, will launch a new book called Bird Habitats in Ireland, summarising the most recent research on birds in this country.

This new research will then be presented throughout the day at a public symposium on Bird Habitats in Ireland, at the same venue.  The book is presented in a series of chapters written by specialists who have undertaken research on birds and their habitats, with over 50% of them having read for Masters and PhDs at University College Cork.

The researchers offer both good news and bad news. The recent colonisation of Irish habitats by woodpeckers and egrets, both virtually unknown here as breeders only 20 years ago, is obviously to be welcomed.  So is the successful reintroduction of spectacular birds of prey like kites and eagles.

However, habitat loss due to human actions continues to threaten a growing number of species, some of them long familiar as breeding birds, like the corncrake, curlew and golden plover, say the authors of the new book on Bird Habitats in Ireland.

The research shows that the breeding habitats of wading birds are negatively affected by drainage of Irish bogs, in many cases on sites designated for conservation by the National Parks and Wildlife Service under the terms of the EU Habitats Directive.  Extinction threatens some species, unless firmer action is taken here.

Climate change is also having a negative impact on some breeders, but ironically it may also be assisting colonisation by others. Research elsewhere shows that the construction of windfarms is problematic for some breeding birds, but this has not yet been confirmed in Ireland.

‘Bird Habitats in Ireland is the first synthesis of birds and their habitats in Ireland’.  ‘It is a step change in our knowledge of Irish bird habitats and will provide a baseline for future research as well as providing a strong evidence base for conservation management’ according to Professor John O’Halloran, Head of the school of BEES, University College Cork,  one of the joint editors of the book.

Supported by BirdWatch Ireland, BTO, RSPB and University College Cork, the symposium on Bird Habitats in Ireland is due to be attended by over 200 birdwatchers, ecologists and interested members of the public. Further details are on the symposium website.

The book Bird Habitats in Ireland is edited by Richard Nairn and John O’Halloran and published by the Collins Press, Cork www.collinspress.ie. Written by 25 leading scientists, it is also fully illustrated.

Richard Nairn is an environmental consultant and writer. In the 1980s he was Director of IWC BirdWatch Ireland.

John O’Halloran is Professor of Zoology and Ecology at University College Cork.  He has published over 180 scientific research papers, mostly on birds.

UPDATE: You can read excerpts from the Minister's speech at the book launch here