An exhibition of fine artworks by

UCC and the Jennings Gallery honour this work posthumously and pay tribute to , not only for his artistic talent but also for his 23 year service as a vascular surgeon and for the great personal qualities for which he is remembered in high esteem by his colleagues, family and friends.

Joe O Donnell was appointed as vascular surgeon at Cork University Hospital and Clinical lecturer in the University Department of Surgery  in 1979 following training at the University of Massachusetts and having held the position of Fellow in Vascular Surgery at the New Jersey Medical School in Newark and Consultant Vascular Surgeon at the V. A. hospital in Orange, New Jersey. He retired prematurely in 2002 at the age of 59 following 23 years of service to thousands of patients, leaving a huge gap in the surgical resources of Cork and Munster. At the time of his retirement, he was the only vascular surgeon in the University hospital and was, in theory and in practice, on call for the entire year.

All proceeds to go to Charities

Artworks are available for purchase through the gallery.

Proceeds from sales will go to Marymount, Irish Cancer Society and Arc House. 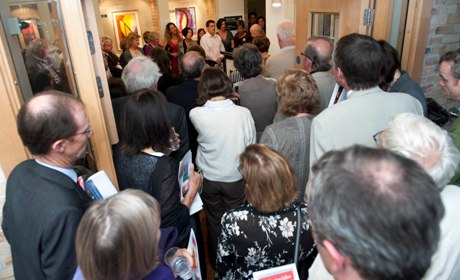 The launch was well attended by many people who's lives were touched by Joe. 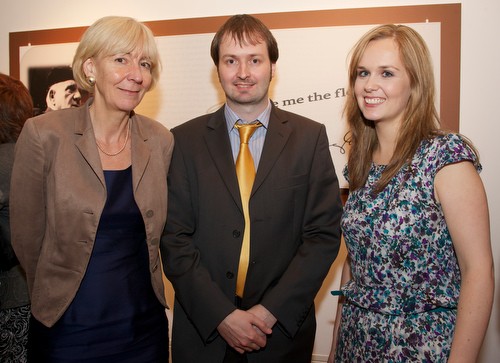 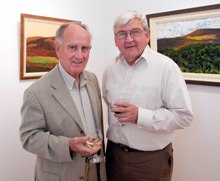 Michael Goggin of Clogheen and George O'Mahony of Wellington Rd, at the launch.

Clare from Clogheen converses with Marie from Wellington Rd

Dorothee Roberts worked with Joe on his artwork at time of his retirement.

Prof Geraldine McCarthy, Acting Head of the College of Medicine & Health, UCC, made opening remarks about Joe as an artist and of the use of art as a tool to improve visual literacy amongst health professionals.

Sioban Murphy of the Jennings Gallery, Janice Healy-Bird of Bishopstown and Francoise Fennell from Sundays Well enjoy the reception 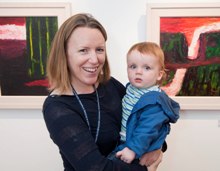 Eithne Hunt an OT lecturer at UCC along with her son show their support at the launch.  Eithne is also member of the Jennings Gallery Committee.

Staff of UCC join in the event

Dr Will Fennell, Chairperson of the Medical Alumni Association and friend of Joe's, welcomes Joe's family, friends, colleagues and guests to the launch.