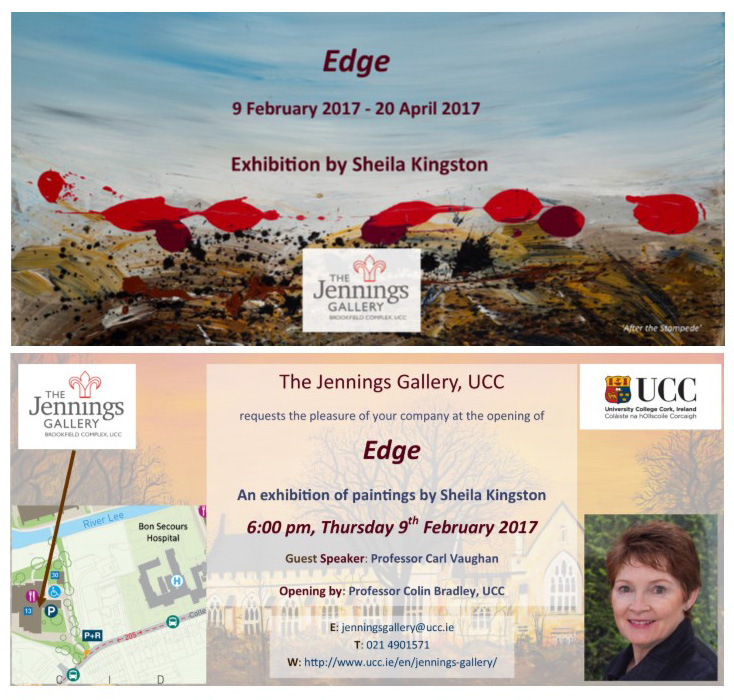 Sheila Kingston was born in New York in 1961 to Irish immigrant parents who seeded a creative impulse in their family of 11 children by virtue of their own talents and their outlook on life which encouraged a freedom of thought and a permission to independently explore the natural environment.

Circumstances changed to alter the course of her life when she was four years old.  A return to Ireland was proposed and Sheila together with her 5 year old sister Philomena, were sent ahead to Co Mayo to their aunt’s farm until the family joined them in their new life in Cork. Despite many sojourns abroad, Cork remains the anchor point in her life yet the formative experience in Co Mayo left an indelible impression on her heart and mind.

With an idealistic view of life and an instinct for helping, Sheila qualified as a Nurse in Cork University Hospital in 1982. She became a Midwife a year later and further qualified as a Paediatric Oncology trained nurse in Overlook Hospital, New Jersey in 1986. This deep love and interest in children led her to undertake a Neonatal Course in Stanford University Hospital California in 1987. Much of her working life however has been spent in Intensive/Coronary Care following I.C.U. training in Baghdad in 1990 where she was held hostage for 5 months during the First Gulf War.

Settling down in Ireland for a second time saw a term in St Vincent’s Hospital in Dublin where she also attended the Royal College Surgeons Ireland to do a diploma in Microbiology before returning to the Mercy Hospital in Cork. She has worked as a Clinical Nurse Practitioner since 1999 with her G.P. husband Dr Ciarán Donovan at a busy North City practice where she continues to strive for excellence through continuing education. Sheila is the mother of three teenage daughters Clara, Laoise and Caoimhe.

Her journey in the visual arts started with the purchase of an SLR Pentax K1000 camera in Washington in 1980.

Photography courses and art classes ensued over the course of 20 years. She has been tutored by  printmaker Ken Parker in Bandon learning the exactness of collographic printing and the concept of design, by Kerry artist Maureen Cahill who gave her the invaluable understanding of colour and composition and laterally by Cork artist John Adams at his Cobh Studio where she was introduced to new abstract techniques and to a way of working that allows  greater freedom of expression moving flamboyantly beyond the restriction of convention.

She has primarily worked with land/seascape but sees herself as transitioning more to portraiture in oil in the next evolutionary phase of life.

An increasing awareness that the only legacy of true value is the impact of one life on another, crystallises her lifelong focus on interaction and engagement with people both in life and on canvas. 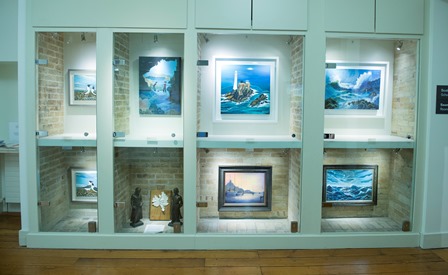 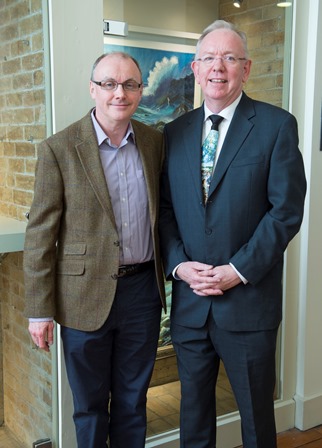 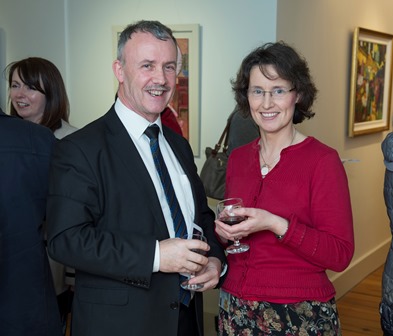 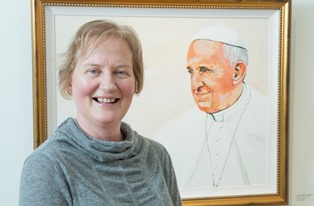