Dr Levey’s project was awarded an “A” grade following interview at the European Commission in Brussels in June 2017 and, although the project was not funded, can be resubmitted in the future, supported by the funds provided by the IRC’s BREA scheme. 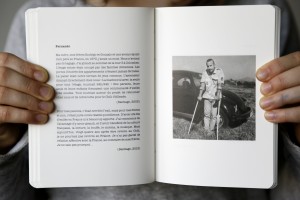 The proposed study is entitled Children of Exile: Transnational Memory Activism Between Latin America and Europe. It interrogates contemporary memory activism from a transnational perspective, comparing the memory work of ‘next’ generation activists in Argentine, Chilean and Uruguayan diasporas across Europe – in France, Spain, the Netherlands and Sweden – established during the wave of Southern Cone dictatorships in the 1970s. Scrutinising the interface between generational and geographical displacement, and that of memory and activism, Children of Exile considers individuals, groups and organisations across contrasting media. In a pioneering approach which maps the shifting iterations of memory activism in both generational and technological terms, Children of Exile brings previously neglected diasporic voices in from the periphery, forty years after the first Southern Cone exiles arrived in Europe, to consider their multiple and overlapping identity and community formation. In doing so, Children of Exile deepens understanding of memory activism as a multidirectional process that works towards a better future, whilst the actor-focused approach possesses potential for increased social and cultural understanding during what are proving to be uncertain times in Europe.