The Department of Physiology assembled on the 23rd May 2017, the evening of the viva voce examinations for annual awards event at the close of the academic year.

Prof James Jones (UCD), who served as external examiner for the BSc Physiology degree programme presented the awards, which were in recognition of the outstanding achievements of the candidates for the past academic year 2016/2017.

We wish the Physiology Class of 2017 a very successful future,  go n-éirí an bóthar libh! !. 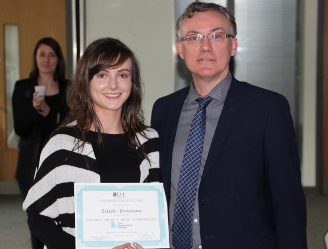 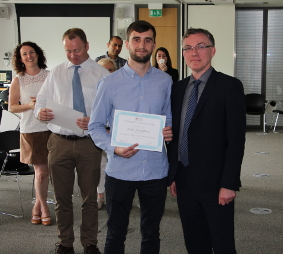 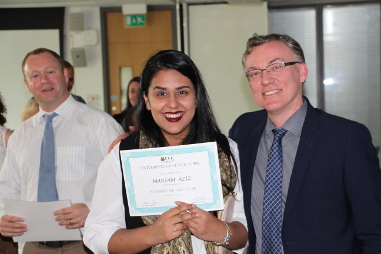 Student of the Year as selected by the 4th year class was awarded to Mariam Aziz. L-R Mariam Aziz , Prof James Jones.

Previous Article Next Article
Back to 2017