Lectures and seminars for 21/22 will follow UCC guidelines with as much face to face contact as possible.

Further information will be available upon registration.

The Department of English is ranked among the top 150 Universities for English in the QS World University Rankings. One of the of the largest departments in the College of Arts, Celtic Studies and Social Sciences, English at Cork includes Creative Writing and Digital Arts and Humanities. Our staff includes 21 research-active academic staff (20 full-time and one part-time), 6 post-doctoral research fellows, a Departmentmanager and 3 administrative staff, as well as around 25 MA students annually and over 30 PhD students.  We are committed to providing excellent, research-led teaching to our undergraduate and postgraduate students, as well as to enriching cultural and intellectual life, nationally and locally, through our research, publications and public engagement.

The Department is firmly embedded in local and regional culture and literature, as is evident from our widely-published research on Munster's rich traditions of fiction, poetry and theatre.  Among the themes explored are Spenser and related writing about English colonial settlement in 1590s Cork, and Elizabeth Bowen and Molly Keane's interrogation of the Anglo-Irish gentry heritage.  We also produce state-of-the-art research on such diverse topics as Afro-Caribbean poets, Gothic novels, eco-criticism, and the life of the dead in medieval literature.

Claire Connolly is a Fellow of the Learned Society of Wales and a Member of the Royal Irish Academy. She currently leads the ERDF-funded project, Ports, Past and Present.

History of the Department 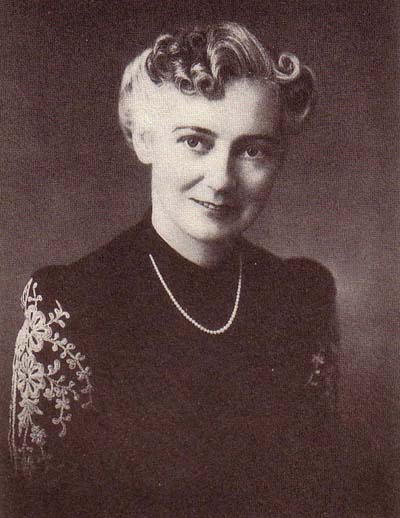 B.G. MacCarthy had a long career.  She was born in Cork in 1904, experienced the struggles for Irish independence, struggles which no doubt contributed to her fervent nationalism in later life.  She took her BA at University College, Cork, in 1925 and an MA two years later, distinguishing herself in both degrees.  She then took a Ph.D. in Cambridge, finishing in 1940, her thesis forming the basis of what became The Female Pen.  As a teacher at the Craiglockhart RC Training College in Edinburgh, later as a lecturer in the Department of Education in Cork, and still later as a professor in the English department in Cork, her style of teaching appears to have been similar to that of her written works: her referees write much of her vigour and enterprise.

Nothing in her life, however, quite prepares one for the two volumes of The Female Pen, vol. I coming out from Cork University Press in September 1944 for 10s. 6d. and vol. II from Cork and Blackwells in Oxford just after the war in 1947.  Having made this dazzling academic beginning in a subject quite alien to most of her colleagues, she seems to have preferred teaching to writing, subsequently authoring only a couple of plays, some essays on Irish male writers, one of two on Irish women, and one on the cinema, all published in Studies: An Irish Quarterly Review and The Dublin Magazine.  Many of these breathe pride in her religion, her country, and in the city of Cork round which many of her articles revolve.  Even the two that might seem to avoid this generalization – on Emily Brontἒ and Thackeray – concern the relationship of these to Ireland, and, in Thackeray’s case, to Cork.  To her successors it might seem disappointing that she did not follow her groundbreaking work with further studies of women writers, but one should remember the context in which she wrote.  To her contemporaries she caused surprise that someone of her calibre should waste energy on women novelists at all.

The outer events of her personal history are quickly told.  She married but lived with her husband only for a short time before she separated from him.  In this situation she resembled many of the woman novelists she disapproved, such as Eliza Haywood and possibly Aphra Behn.  After her years in Edinburgh she moved back into her childhood home with her mother.  When her mother died, she lived with her aunt to whom she dedicated the second part of The Female Pen (the first being dedicated to her parents).  She retired – very thoroughly – in 1966, giving away her extensive library to her friends, and declaring she had 'had enough'. She left a memory of an abrasive temper and an exhilarating style.

With grateful thanks to  Professor Janet Todd and to Cork University Press for use of this material.

Sean O’Faolain, original name John Francis Whelan, was born in Cork in 1900 and died in Dublin in 1991.  He was educated at the Presentation Brothers Secondary School in Cork and later at University College Cork and Harvard University.  He was a prolific and multifarious author whose publications included short stories, novels, life writing, literary criticism, poetry and travel writing.  Amongst his best-known works are the collection of short stories A Midsummer Night Madness (1932), King of the Beggars: A Life of Daniel O’Connell (1938) and Vive Moi (1965), his autobiography.  O’Faolain was a Commonwealth Fellow from 1926 to 1928 and a Harvard Fellow from 1928 to 1929.  He served as director of the Arts Council of Ireland from 1956 to 1959 and, in recognition of his contribution to Irish literature, was elected Saoi, Aosdána highest accolade, in 1986.

O’Faolain, the son of a constable in the Royal Irish Constabulary, fought with the Republican side in the War of Independence and, following the ratification of the Treaty that established the Irish Free State, served on the anti-Treaty side during the subsequent Civil War.  Initially a supporter of Eamon de Valera, he became increasingly disillusioned with both the man and his politics following Fianna Fáil’s success in the 1932 election.

In 1940, he founded The Bell, a journal that challenged the political and cultural dispensation taking shape in post-Independence Ireland.  O’Faolain’s rejection, in his Bell editorials and elsewhere, of Irish nationalism in favour of European individualism was to bring him into conflict with his former mentor, Daniel Corkery.  In 1932, both men applied for the Professorship of English at University College Cork and Corkery was appointed to the post.

Daniel Corkery - writer, cultural critic, language activist, teacher and painter - was born in Cork in 1878 and died in the same city in 1964.  He was educated at the Presentation Brothers, Cork, and at St. Patrick’s College of Education, Dublin.  He worked as a primary school teacher in Cork, taught art for the local technical education committee and was Professor of English at University College Cork from 1931 to 1947.  Corkery was a mentor to younger writers and artists; Frank O’Connor, Sean O’Faolain and Seamus Murphy were amongst his most celebrated protégés.  He was an active member of the Gaelic League and a prominent proponent of the Irish Ireland movement.  He was also involved in a number of local organisations, most notably the Cork Dramatic Society.  In his later years, he served in the Seanad and on the Arts Council.  He was a republican in politics and a close friend of Tomás MacCurtain and Terence MacSwiney, successive Lord Mayors of Cork who died in tragic circumstances during the War of Independence.

Corkery began his writing career at the turn of the twentieth century in the columns of D.P. Moran’s polemical nationalist weekly, The Leader.  An Irish-language enthusiast who was not a native speaker, he wrote primarily, though not exclusively, in the English language.  His literary writings are comprised of four collections of short stories; a number of plays, including the Irish-language play, An Doras Dúnta; a novel and some poetry.  His non-fiction writings include two major critical studies, The Hidden Ireland and Synge and Anglo-Irish Literature; writings on the Irish language and on the Irish-language movement; newspaper articles on a wide range of cultural issues and reviews of Irish-language and English-language literary works. 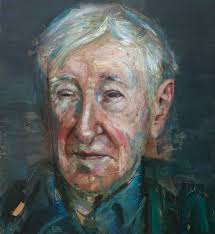 [Portrait of John Montague by Colin Davidson, gifted to the University by former UCC President Gerry Wrixon and his wife Marcia]

Born in Brooklyn in 1929, John grew up from the age of four in Co. Tyrone. A graduate of UCD, he would go on to study under Robert Penn Warren at Yale and at Berkeley, where he encountered Gary Snyder and Allen Ginsberg. His first collection of poetry, Forms of Exile, was published by Liam Miller’s Dolmen Press in 1958. In 1972 John was appointed to the position of assistant lecturer in the Department of English at UCC, retiring as an Associate Professor in 1988. In the year John came to Cork he published the poetic sequence The Rough Field, an extended examination of Ulster’s history and his own upbringing in the province, a volume recognised since its appearance as one of the most significant works of modern Irish literature. During his tenure at UCC John published several more highly-acclaimed collections of poetry, including A Slow Dance (1975), a revised version of Poisoned Lands (1977), The Great Cloak (1978), and a further sequence of interconnected lyrics centring on Irish and personal history, The Dead Kingdom (1984). He also edited The Faber Book of Irish Verse (1974). Following his retirement from UCC, John’s many publications included story stories, novellas, memoirs, as well as several more collections of poetry. His Collected Poems appeared from Gallery Books in 1995 and an expanded edition in 2012. The recipient of numerous literary awards and prizes, John was appointed first Ireland Professor of Poetry (1988-2001). Writing in The Sunday Times, John Carey observed that ‘His best poems are … splinter-sharp, they go straight to the heart and catch in the memory like burrs.’