Lectures and seminars for 21/22 will follow UCC guidelines with as much face to face contact as possible.

Further information will be available upon registration.

Ports, Past and Present 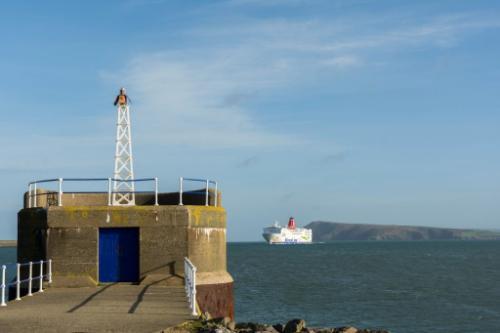 A project led by University College Cork in partnership with Aberystwyth University, the University of Wales Trinity St David and Wexford County Council examining the cultural heritage of the ports in the Irish sea basin. Funded by the European Regional Development Fund through the Ireland Wales Cooperation programme.
Learn more about the project here:  https://portspastpresent.eu/

In addition to the individual research activity of its staff and students, the Department of English promotes collaborative research through its own research projects and involvement in interdisciplinary and interinstitutional initiatives.  Past projects include Deep Maps: West Cork Coastal Cultures, the Munster Women Writers Website and Dictionary and Making Books, Shaping Readers. Current projects include the Ports, Past and Present project, funded by the European Regional Development Fund via the Ireland Wales Programme; and Digital Edgeworth Network, a collaboration between ourselves, the Faculty of English, Oxford University; the Bodleian Library (Oxford); the National Library of Ireland; and Edgeworthstown and District Development Company.

The second ever performance of Shakespeare’s critically-neglected play Pericles, Prince of Tyre in Ireland, and the first in Munster, is set to take place in Cork, as part of a project led by a UCC lecturer.

Dr Edel Semple, Lecturer in Shakespeare Studies in UCC’s Department of English is at the helm of the “Celebrating Shakespeare 400: Performing Pericles, Prince of Tyre” project, which comprises the staged reading at Cork’s Unitarian Church on November 14th at 6pm and a symposium exploring the play at UCC on November 15th.

“Although unfamiliar to modern audiences, Pericles (c.1606) was hugely popular in Shakespeare’s day. The play is simply a great story that offers something for everyone – the adventures of a young prince, a brave heroine, shipwrecks, pirates, true love, magic! I’ve long been a fan of Pericles and I’m delighted that we can introduce the play to a new audience,” Dr Semple said.

Directed by Sinéad Dunphy, a UCC graduate and Festival Manager of the Cork International Choral Festival, the staged reading is a free but ticketed event. The project involves actors from UCC’s Drama and Theatre Studies and the LittleShoes Productions drama group, as well as scholars from UCC, the UK, and USA.

The symposium exploring the play’s sources and critical and performance history will feature guest speakers Dr Peter Kirwan from the University of Nottingham and Dr M. W. Booth from Harvard University. Those interested in attending should e-mail Dr Edel Semple at e.semple@ucc.ie

Funded by the Irish Research Council ‘New Foundations’ scheme, the project aims to inspire interest in Shakespeare’s lesser-known drama and deepen understanding of his work, the world he lived in, and his legacy. The project is also supported by UCC’s CACSSS Graduate Department, the UCC Information Services Strategic Fund, and UCC’s Department of English.

The UCC-organised events are set to make a major contribution to the commemorative programme across the globe this year marking the 400th anniversary of Shakespeare’s death. The staged reading and symposium will introduce his drama to new audiences in Ireland and enhance public understanding of Shakespeare.

From Eald to New

‘From Eald to New: Translating Early Medieval Poetry for the 21st Century’ is an IRC-funded project led by Dr Tom Birkett and Dr Kirsty March-Lyons, which aims to bring together academics and creative practitioners to advance our understanding of the practical, theoretical and socio-cultural aspects of the translation of early medieval poetry. The project was launched in June 2014 with a public poetry evening, which included readings from internationally renowned poets, and was followed by a graduate workshop on creative translation and a two-day conference bringing together academics and literary translators working with Old English, Old Irish and Old Norse poetry. The conference, which included plenary addresses from leading voices in the three disciplines under discussion, aimed to foster connections between these three closely linked traditions, to share best practice, and to bring poets and literary translators into a dialogue with those who teach medieval languages and who study these translations’ effects. The outputs from the conference, including a website and blog (www.ealdtonew.org), conference reports in international peer-reviewed journals, and a planned volume of proceedings, will allow for the dissemination of the project’s findings to a wide international audience, and have helped to situate UCC and the creative community in Cork at the centre of this emerging area of study.

The Frank O'Connor Research website is a critical online research resource on Irish writer Frank O’Connor. The site, which continues to develop, serves as a high-standard source for primary and secondary material for academics and students. It also provides information on current UCC research projects on O’Connor.

The website is funded by the College of Arts, Celtic Studies and Social Sciences in UCC, and was created in collaboration with UCC’s Boole Library and School of English. It is designed to deliver accurate information about O’Connor’s life and publications, and about O’Connor Studies at local, national and international levels. The site also provides rare photographs, audio recordings, video clips, news, and information on related online sites.

UCC is in the fortunate position of having a substantial and important Frank O’Connor Archive and the website details the archival collection, while also profiling correlating UCC Library collections.

The Frederick Douglass research group is an interdisciplinary group involving staff from Departments such as English, History, Geography and Sociology. Dr Lee Jenkins of the Department of English has researched Douglass's visit to Cork in 1845. Her article, 'Beyond the Pale: Frederick Douglass in Cork' was published in the Irish Review and can be downloaded here: Jenkins Douglass Article (4,673kB) (4,673kB)

As part of this project, the Department invited Donal O'Kelly, author of The Cambria, a play about Douglass's visit to Ireland, to give a talk at the Research Seminar in November 2011. In the same year, UCC in collaboration with the Everyman Theatre sponsored a production of the play.

A commemorative plaque in the foyer of the Imperial Hotel on the South Mall, marking Frederick Douglass’s visit to Cork in the autumn of 1845, was unveiled on 31st August 2012 by the Maryland Secretary of State, John McDonough. The unveiling ceremony followed a commemorative breakfast, which recreated the farewell breakfast for Douglass hosted in the hotel by the Cork Anti-Slavery Societies in November of 1845. During the visit of the Maryland delegation to Cork, a memorandum of understanding was signed between UCC and the University of Maryland. Academics at both institutions are now developing research and teaching links, via Frederick Douglass, who was born into slavery in Maryland and who came to Cork in 1845 to lecture on behalf of the American Anti-Slavery Society.

In 2014, the first phase took place of a collaborative graduate education module, PG7018 Transatlantic Connections, taught between the UCC College of Arts Graduate Department and the University of Maryland. This taught part of the module consisted of interdisciplinary seminars and keynote lectures, a number of which were live-streamed between the campuses. In September 2014, Maryland students and staff visited UCC, and in October, eight UCC PhD candidates, and Dr. Lee Jenkins, visited the University of Maryland to participate in a research symposium there, the proceedings of which are to be published in a forthcoming collection, During the visit to Maryland, the UCC cohort visited, among other sites, the Wye plantation on which Frederick Douglass was born.

Drawing on these connections, a group of scholars based in Cork and the US have collaborate to create #DouglassWeek, an all-island, collaborative event series that celebrates the arrival of Frederick Douglass in Ireland between 1845-1846, during which time he lectured to packed audiences, met with Daniel O’Connell and reflected upon the devastating effects of the famine then beginning to sweep the nation. The week is marked by a variety of performative events, creative installations and critical discussion, offering a collection of responses to address the footprint of Douglass in Ireland. Douglass week takes place between February 8th - 14th 2021. See the Douglass in Ireland website for more information: https://www.douglassincork.com/ 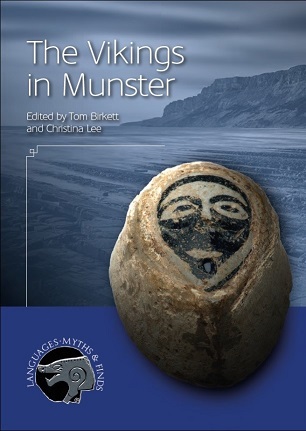 Languages, Myths and Finds: Translating Norse and Viking Cultures for the 21st Century is a skills development and heritage engagement project funded by a collaborative training grant from the AHRC. The project explores the different ways communities in the UK and Ireland engage with their Viking past, and brings together doctoral students and non-academic stakeholders in the co-production of targeted public-information resources. Cork was chosen as one of five localities for study, with Dr Tom Birkett leading a team of PhD researchers alongside Dr Christina Lee of Nottingham in an investigation of Viking heritage in Munster. The visiting PhD researchers from Oxford, Durham, Aberdeen and Dublin were hosted by the Department of English in April 2014, and collaborated with local academics, heritage professionals, Departments and museums to produce a booklet entitled The Vikings in Munster. Five hundred copies of this booklet – which was published by Nottingham University and launched at UCC in September 2014 – were distributed free to local Departments, museums and tourist offices. The research team also ran an afternoon of workshops in Coláiste Choilm Secondary Department in Ballincollig and produced resources for the project website at http://languagesmythsfinds.ac.uk/. A full-page write-up of the project was published in Cork’s Evening Echo. 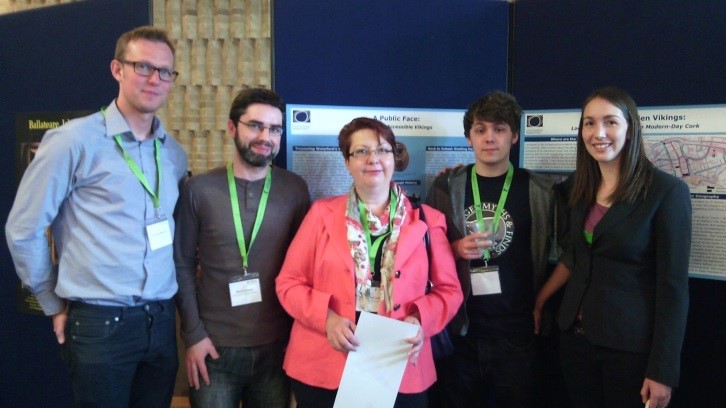