History of Women's Studies at UCC

A podcast about MAWS

In the following podcast, Women's Studies founders and former coordinators Dr. Liz Steiner-Scott, Dr. Sandra McAvoy, and alumni Mr. Michael Rowan and Dr. Liz Kyte, discuss how the Masters in Women's Studies (MAWS) was founded in 1991-1992 and its impact on generations of students. The roundtable was recorded during the 2019 Athena Swan Symposium on March 9th and was moderated by current MAWS coordinator Dr. Chiara Bonfiglioli. 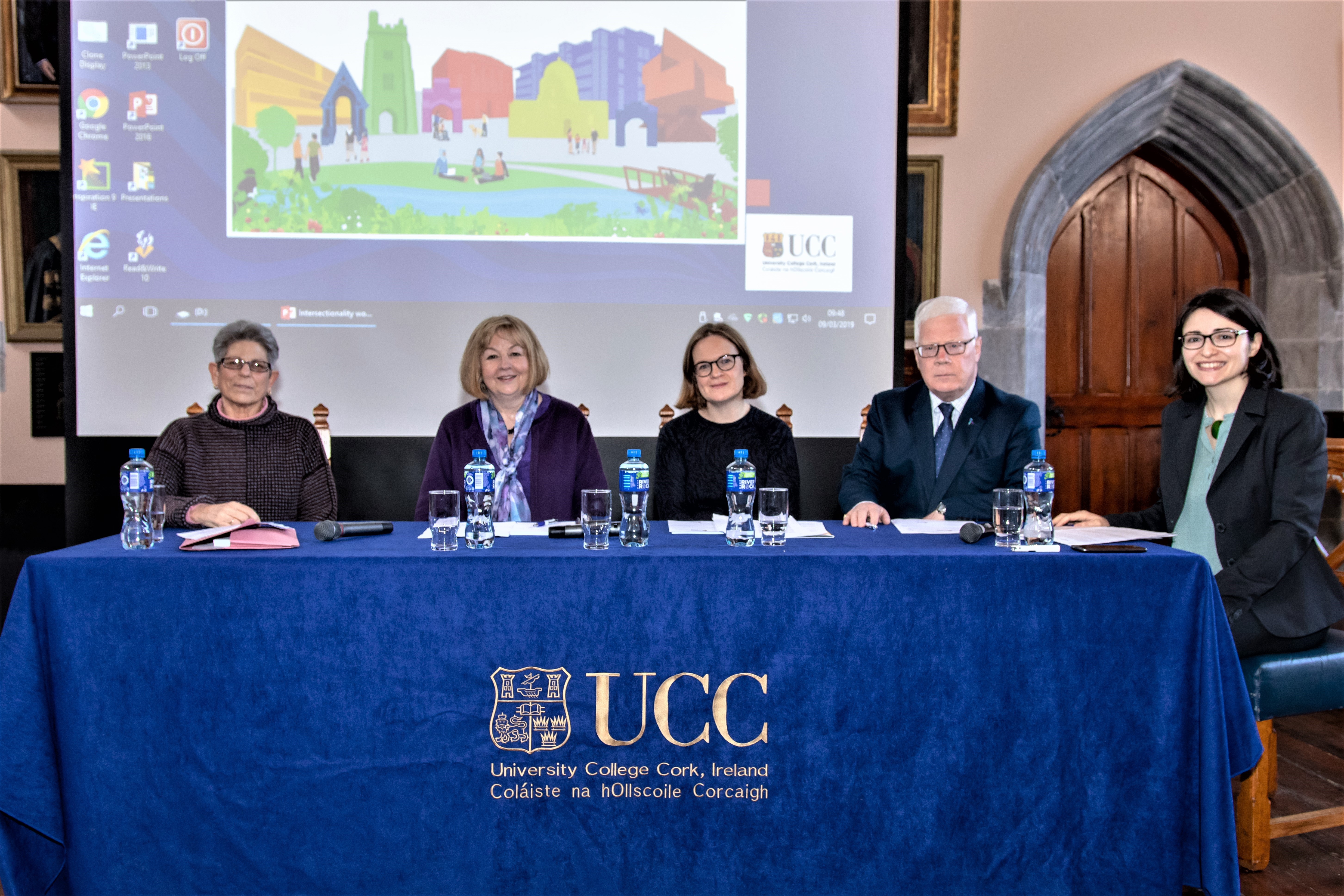 History of Women's Studies at UCC

Biographies of the speakers:

Dr. Liz Steiner-Scott is one of the founders of the Masters in Women's Studies. Her research focuses on the social history of women in post-Famine Ireland. During her time in the Department of History, Liz coordinated the BA in European Integration Studies, and following her retirement in 2010, she continued to be an active member of the Teaching Team for the MA in Women's Studies until 2016.

Dr. Sandra McAvoy obtained her MA in Women's Studies in 1991-1992, then subsequently completed a PhD in History at UCC, focusing on issues of gender and sexuality in the Irish Free State. She retired in 2016 after years of teaching on and coordinating the MA in Women's Studies.

Mr. Michael Rowan worked for 37 years in the Defence Forces during which he served on Peace Support Operations in the Middle East, Africa and the Western Balkans. He completed his MA in Women's Studies at UCC after retirement, focusing on women's experiences in the Irish Defence Forces.