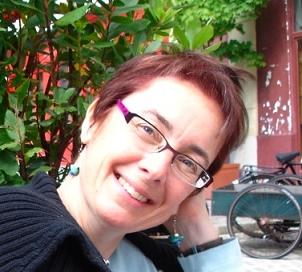 Dr. Nicola Bessell started linguistic life with Old and Middle English texts in the BA Hons degree at the University of Oxford, followed by a Master’s degree in Linguistics and Comparative Philology. After working as a research assistant at Oxford University Phonetics Laboratory she went to Canada to do a PhD. At the University of British Columbia she started fieldwork on First Nations languages. Her PhD research is on the velar, uvular, pharyngeal and glottal consonants of the Interior Salish languages, their articulatory and acoustic qualities, how they coarticulate with vowels and how they function phonologically. These languages have fascinating harmonies that developed from extensive consonant-to-vowel coarticulation, so they are a great place to look at how phonetics and phonology interact. For two years Dr. Bessell held a post-doctoral position at the University of Pennsylvania Institute for Research in Cognitive Science, learning about language processing, general cognition, sociolinguistics, psychology, computer modelling and large corpora databases. She held a faculty position in the Linguistics Department at the University of Texas, teaching undergraduate and graduate courses in phonetics and phonology, supervising dissertations and continuing work on indigenous langauges (Haida, Tlinget, Nuuchanulth). She also collaborated with Harvey Sussman , seeing how locus equations can quantify syllable-dependent coarticulation effects.

1993-6 Assistant.Professor, Department of Linguistics, University of Texas at Austin.

Year 1: SL 1003-Introduction to Communication Disorders. This is a Problem-Based Learning Module which investigates linguistic development and communication disorders at different life stages.

Year 2: SL 2007. In this module we learn about phonological development and develop techniques for the phonological or relational analysis of language data. We learn about the difference between a phonetic and a phonemic inventory, what the relationship is between the two, and how to get from one to the other. We use disordered speech data and data from the world’s languages. We also discuss how impaired language data maps onto models of language processing and production.

I also teach a Phonetics and Phonology module and a Special Topics module in the MA in Applied Linguistics, UCC.

1997- An investigation of stop place of articulation as a function of syllable position: a locus equation perspective. With H. Sussman, E. Dalston and T. Majors. Journal of the Acoustical Society of America 101: 2826-2838.

Ejective or glottalised fricatives in Tlingit? Paper presented at the 1996 LSA, San Diego.

The anatomy of a non-local consonant-vowel interaction. Paper presented at the 1995 LSA, New Orleans.

Vowel effects of uvular and pharyngeal consonants in Interior Salish. Paper presented at the 121stmeeting of the Acoustical Society of America, Baltimore, MD.

I am currently working on a pilot project, collecting and analysing recordings of Hiberno-English, mostly from the Cork area. For now I’m looking at the vowel space, but I plan to look at consonant production and prosody as well. If anyone would like to be recorded for this database, please let me know. In the past I’ve worked on the phonetic and phonological analysis of Salish, Haida, Wakashan, Tsimshian, and Arabic. I’ve also worked on Foreign Accent Syndrome (with Jennifer Gurd, Department of Neurosychology, University of Oxford) and the speech of Parkinson’s patients (also with Jennifer Gurd).

An Investigation of the Indirect Dyslexia Learning system MA in Applied Linguistics, UCC

Department of Speech and Hearing Sciences