Bronze for Emily at Tokyo Olympics

Congratulations to the Women's Four of Aifric Keogh, Eimear Lambe, Fiona Murtagh and most especially our Quercus Scholar, Emily Hegarty, on their bronze medal at the Tokyo Olympics. The achievement is made all the more historic by the fact that they are the first female rowers for Ireland to ever medal at the Olympics.

We are delighted for you Emily!!! Your hard work and dedication has been rewarded on the most spectacular sporting stage of all!

They took their time at the start but then their stoke rate accelerated in the second half of the race and they muscled passed the British boat to claim the bronze medal behind the Netherlands in Silver and Australia in Gold.

The sisterhood among this team was evident for all to see both in the boat and on the podium. The spirit of Olympism shone from them as their effort, stuggle and sacrifice faded away to joy and success.

The reserve for the Women's Four boat, Tara Hanlon, is also a Quercus Scholar. Though Tara was not in the boat today, her support, encouragement and dedication to her sisters was such that she was almost a fifth girl in that boat. Thanks Tara! 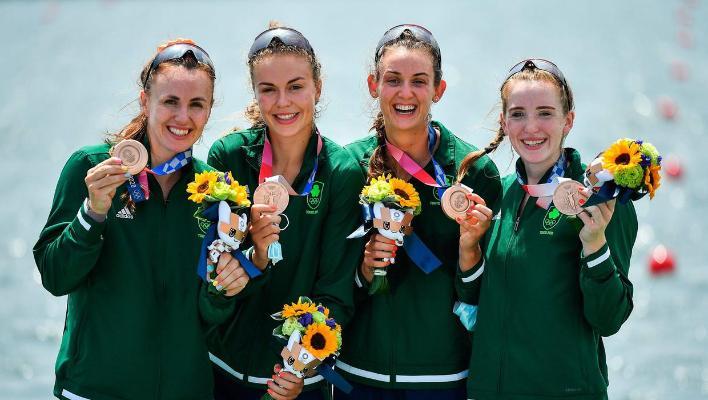