External Advisory Board to the President

The External Advisory Board to the President was established to support the mission of the President including the delivery of the core mission of UCC, providing an external perspective on strategy and vision; serving as a source of independent advice; advising and challenging on strategic issues; and establishing a two-way engagement. 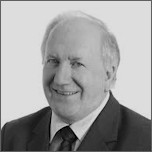 Brendan Tuohy is Chairman of EirGrid, MAREI and TILDA (Longitudinal Study of Ageing). He also chairs the Finance Committee and Quality Council of the Kerry Education and Training Board and is involved with Dingle Peninsula 2030. Brendan is former Secretary General of the Department of Communications, Energy and Natural Resources (200-2007). He holds a degree in Civil Engineering from University College Cork and postgraduate qualifications in environmental engineering and management from Dublin University, Trinity College.

Rosaleen Blair, CBE is the Founder and Chair of Alexander Mann Solutions, a pioneer in the global workforce solutions industry. She led Alexander Mann Solutions through huge geographic and revenue growth, a management buyout and four private equity relationships, the most recent being OMERS Private Equity in a deal that value the business she founded at more than a billion dollars. Rosaleen is recognised as an industry leader and entrepreneur, winning numerous awards including Veuve Clicquot Businesswoman of the Year and E&Y Entrepreneur of the Year. A serial entrepreneur and investor, Rosaleen is passionate about creating opportunities and helping people to make the most of them. She is committed to doing this both within Alexander Mann Solutions and externally through supporting various organisations including the Prince’s Trust, UNICEF, Modern Muse and more. She is the Chair of Everywoman and the London Irish Centre (LIC) as well as being a senior advisor to an investment firm. 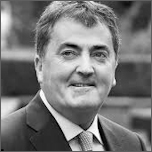 Sean O’Driscoll is a former Chair and Chief Executive of the Glen Dimplex Group and a former Partner in KPMG. He is a Commerce Graduate of UCC and a chartered accountant. He was honoured with a UCC Alumni Achievement Award in 2006. In 2012, he was the recipient of the Cork Chamber of Commerce inaugural Outstanding Achievement in Business Award. He is a Member of the Trilateral Commission and of the Ireland 2040 Delivery Board. He is a former Director of Allied Irish Banks, former member of the National Competitiveness Council of Ireland and a former member of several other Government appointed Advisory Groups. Mr O’Driscoll is the recipient of an OBE and a Légion d’Honneur Award. 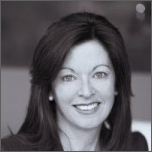 Anne O'Leary was appointed as Executive Chairman of KineMatik in 2010. Prior to joining KineMatik, Anne was the Managing Director of CADCO, an Irish company she founded in 1990 focused on Engineering Design Software. She successfully built CADCO via partnerships with Documentum as well as Autodesk, who achieved a dominant position in the engineering design marketplace due to her company's efforts. CADCO was successfully sold in July 2009 to Computer2000, a subsidiary of the Techdata Group which is the largest IT distributor of hardware and software products worldwide. Anne also serves as Chair of two other B2B software companies and is a member of the Board of RTE, Ireland's national television and radio broadcaster. She is a Registered Accredited Mediator and holds both Bachelor and Master of Engineering degrees from University College Cork. 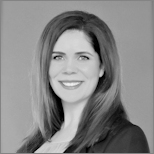 Saranna Fanning is an Assistant Professor in Neurology at Harvard Medical School and Brigham & Women’s Hospital. She received her undergraduate BSc and PhD degrees in Microbiology from UCC, performing her doctoral research at UCC, Columbia University, NY, and Carnegie Mellon University, Pittsburgh. Dr. Fanning performed her postdoctoral training at the Whitehead Institute for Biomedical Research, MIT, MA and joined the Ann Romney Center for Neurologic Diseases at Brigham & Women’s hospital in 2017. Her lab focuses on understanding complex genetic interactions impacting disease and identifying therapeutic targets for Parkinson’s disease, one of which is currently in clinical trials. 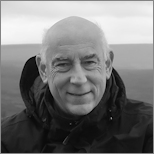 Alistair Borthwick has more than 40 years experience in civil and environmental engineering. He was Professor of Engineering Science at the University of Oxford before spending two years as Head of Department of Civil & Environmental Engineering at University College Cork, where he was the Founding Director of MaREI. Alistair’s interests include environmental fluid mechanics, ocean and coastal engineering, and marine renewable energy. He was awarded an honorary degree by Budapest University of Technology and Economics in 2016, the Gold Medal from the UK Institution of Civil Engineers in 2019, and the YanYuan Friendship Award by Peking University in 2020.