Staff and trainees from the Department of Physiology attended the Oxford Conference on the Control of Breathing, which was held at Merton College in September 2017, returning to Oxford, the site of the first meeting in the series, after 39 years on an international roadshow.The conference brought together world leaders in the field of respiratory control and modelling.

Several trainees presented their work at the meeting and Professor Ken O’Halloran delivered a seminar: “Respiratory control in the mdx mouse model of Duchenne muscular dystrophy” at a session focussed on: “Breathing with neuromuscular disease: consequences and compensation. Ken presented work which was published this month in The Journal of Physiology. The study was led by PhD trainee, David Burns. 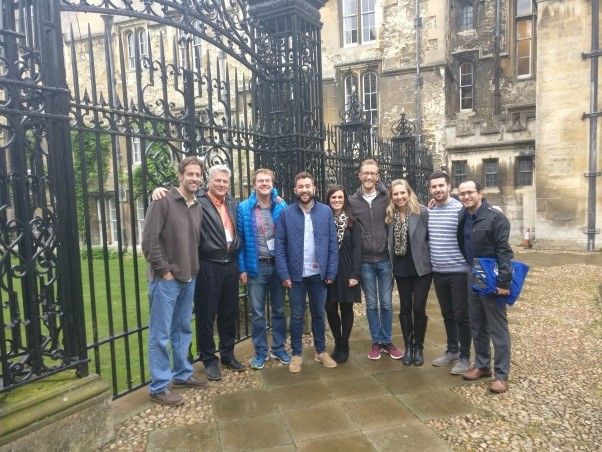 UCC Physiology with colleagues from the University of Florida.

Previous Article Next Article
Back to 2017