How many of us will ever forget the images of Alan Kurdi’s lifeless body washed up on a Turkish beach in September 2015?

The image of the two-year-old refugee lying face down on that beach sparked a wave of outrage across Europe and encouraged thousands of ordinary people to offer their support to those fleeing the violence in Syria.

A little over two years later, the conflict rages on and refugees are still fleeing Syria in small boats and dinghies.

However, coverage of the conflict and the humanitarian crisis associated with it has subsided as the media turn their attention elsewhere and journalist become reassigned.

It is as if the intervention of both Russian and Western military forces and the subsequent retreat of ISIS has brought stability to a country that has endured unrelenting conflict since 2011.

In fact, in recent months, attention has shifted to the Syrian refugees who have begun the process of returning to their homes.

He made it clear that the climate in Syria remains unpredictable, leaving some returning refugees vulnerable to secondary displacement as the various factions in the civil war continue to contest territory.

“Despite conditions improving in some places in Syria and some returns having taken place, the conditions aren’t ready for return”.

“The level of destruction of infrastructure and the unavailability of basic services like running water and education makes it impossible to resume normal life”.

“Not to mention that the conflict has ebbed and flowed in many areas and often caused secondary displacement of people who returned prematurely.”

For Michael, this presents a challenge as there is now “increased pressure from some countries for refugees to return home”.

Presently, there are 5.5 million Syrian refugees in Turkey, Lebanon, Jordan, Iraq and Egypt, with a further 6 million Syrians internally displaced, whose situation has grown “worse over time and any savings they may have had are long gone”.

“This is another reason why the UN constantly needs to convey the continuing needs of the displaced populations to donors”.

“Not only that, but for the international community in general to do whatever it can to end the conflict”. 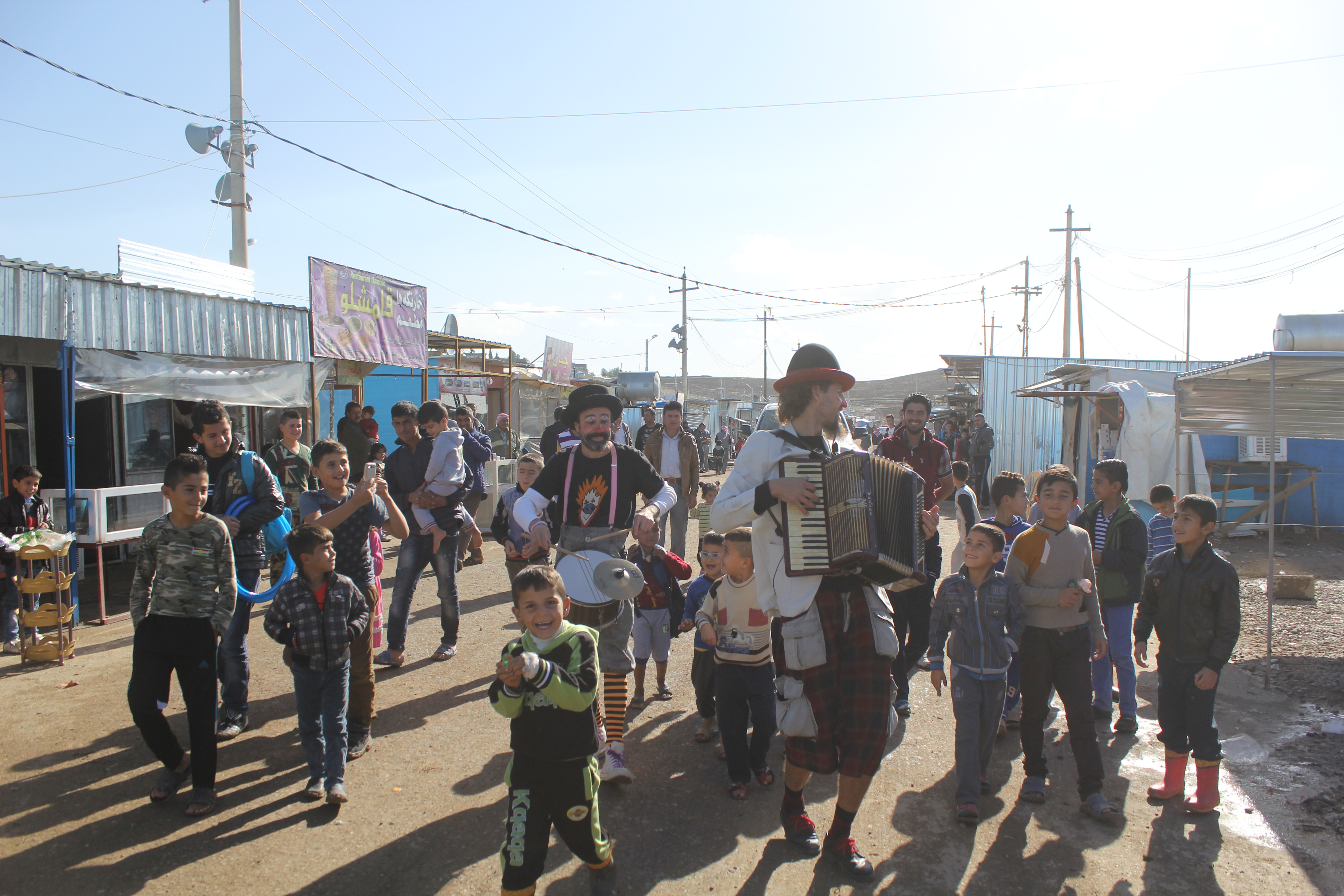 Performers with Clowns Without Borders get children involved in a show at Kawergosk Refugee Camp.   © UNHCR/M. Prendergast

Michael’s role demands that he and his colleagues at the UNHCR constantly “convey the importance of maintaining asylum space in host countries”.

When Michael first travelled to the Kurdistan region of Iraq in 2015, the region was hosting 1.2 million internally displaced persons, in addition to a further 250,000 Syrian refugees.

To put that into context, a region a little more than half the size of Ireland was hosting a displaced population that amounted to one quarter of its own at a time when the Kurdistan region was also suffering a crippling economic crisis.

The scale of the humanitarian crisis and the burden placed on countries in the Middle East dwarfed anything seen in Europe and, for Michael, this really put things into perspective, “especially given the anti-refugee rhetoric which is increasingly present in the media and in politics”.

Consequently, as the crisis becomes more prolonged, “there is a need to maintain the profile of the general humanitarian needs in the international community so that we can continue to raise funds for the life saving work that the UNHCR and its humanitarian partners carry out”.

This is particularly pertinent for Michael and his colleagues, as conditions in Syria are not yet in place for refugees to return and, although donors have responded commendably to the crisis, there is a risk of donor fatigue setting in.

Indeed, much of the message that UNHCR was portraying in 2015 remains today as they continue to highlight the immediate needs of the displaced population and the extraordinary generosity of the countries who continue to host the large majority of refugees.