Each year UCC honours alumni who have who have achieved outstanding success in their chosen fields.

Established in 1997, the Alumni Achievement Awards recognise the University's most outstanding graduates who have excelled in their life's work, demonstrated leadership in their field and who have been a source of inspiration to students and of pride to the University.

The award is one of the highest honours the university can bestow on a graduate. To date, over 70 alumni have received an award.

Despite being told that she could not study law because it involved too much reading by her career guidance teacher, Sinead Kane went onto attain a 2:1 law degree in 2004, completed an LLM in 2005, qualified as Ireland's first legally blind solicitor in 2009, was awarded an honorary doctorate by the NUI earlier this year, and has recently submitted her doctoral thesis to DCU.

Indeed, Sinead has always been someone who has rightly challenged a society that, for the most part, accommodates the majority.

Born with 5% vision, Sinead suffered from bullying at school and a childhood of being told that she was 'different'. 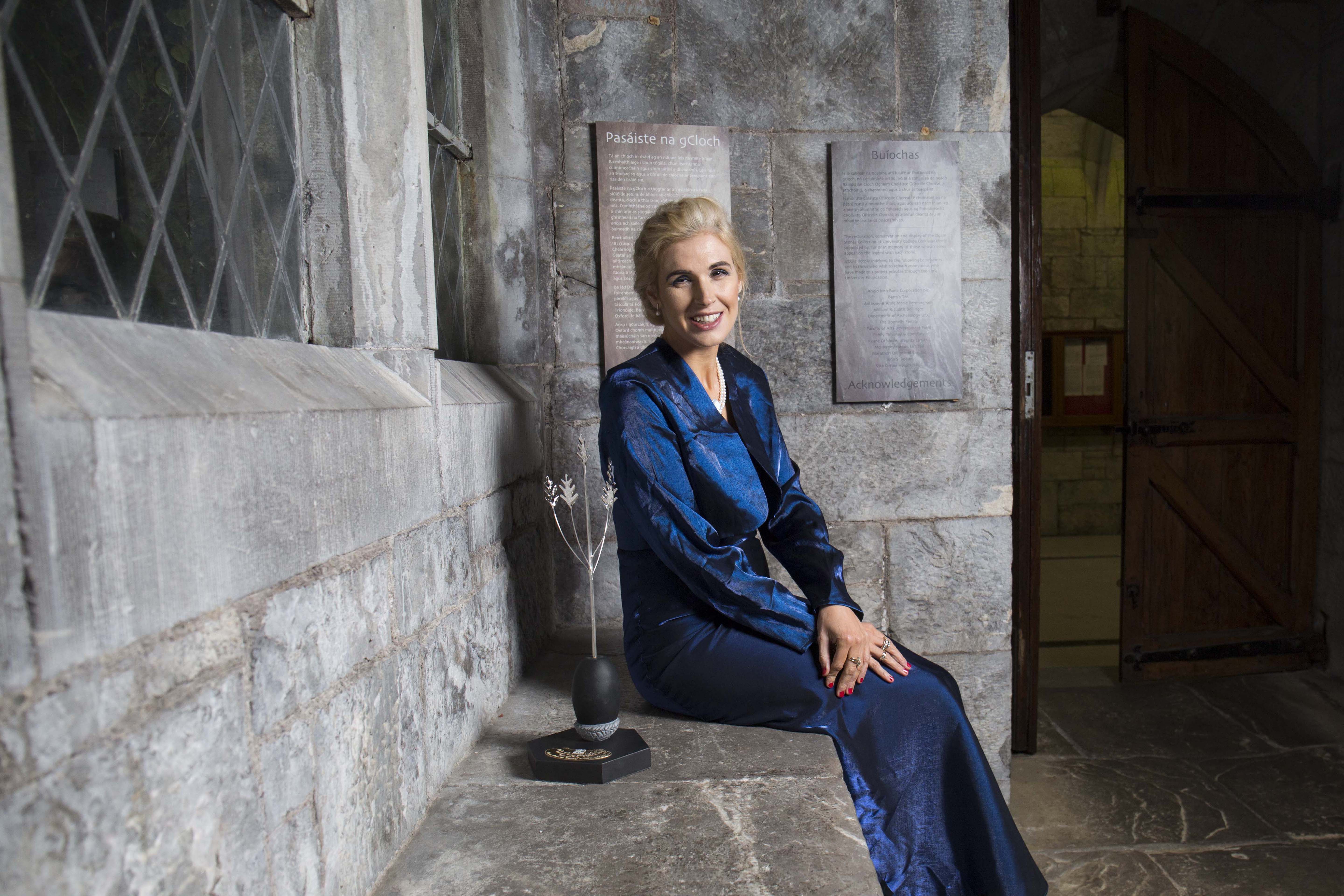 When she was eight years old, Sinead demanded to know why her mother, Marian, a disability rights campaigner, was being ignored by a government official in Dail Eireann.

Time and again, Sinead has demonstrated that when you are determined to succeed it is ability not disability that matter most in life.

Having taken up running in 2012 in support of charity, Sinead has since made sporting history as an elite ultra-marathon runner.

In 2015, She became the first visually-impaired Irish person to run an ultra-marathon in Ireland and was invited to take part in the Wings for Life run in Brazil where she finished 23rd in a field of 1,413 women.

In January 2017, Sinead once again made history when she became the first visually-impaired athlete to complete the World Marathon Challenge - seven marathons on seven continents in seven days.

Whether in the educational system or the law, or in the fairness of rules that govern, Sinead has challenged the status quo and demanded an approach that is more diverse, more respectful of difference and more consistent with the true potential that lies in each and every one of us to be the best we can be.

It can be no coincidence that each of the three founders of I Wish share common characteristics.

From the outset of their time studying at UCC School of Law, both Gillian Keating and Caroline O’Driscoll demonstrated an ability to think outside the box.

Although their subsequent individual career paths may have led them into different fields, Gillian and Caroline have both become leading authorities in their respective disciplines. 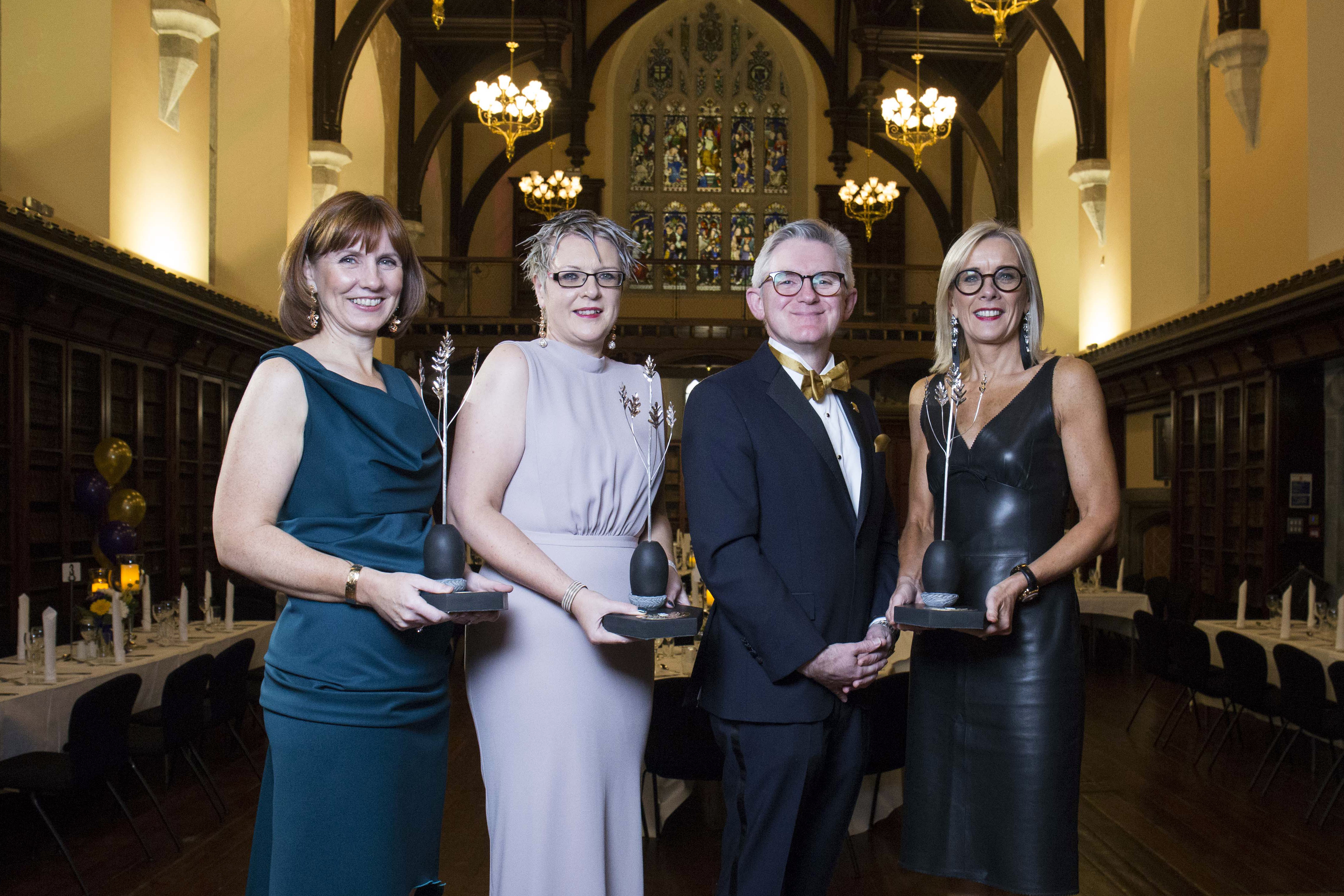 Gillian is also a member of the Advisory Board for the BIS degree at UCC, is an Adjunct Professor of Law at UCC and served as a Past President of Cork Chamber of Commerce.

Likewise, since graduating in 1997, Caroline has enjoyed an incredibly successful career, becoming Tax Partner with KPMG Cork in 2010 and is very active in the Cork business community.

She was recently elected as Chairperson of it@cork and regularly speaks at technology events, a highlight being as MC of the Machine Stage at Web Summit in 2014 and 2015.

Caroline also received the Boots Women Mean Business Empowering Women award in 2015, and was named by Junior Chamber Ireland as one of Irelands Top 10 Outstanding Young People of 2016.

Although both Gillian and Caroline might have enjoyed divergent career paths, Gillian, Caroline and Ruth were drawn together by their concern about the lack of female graduates in the STEM subjects.

To help address the issue, they established the I Wish foundation in 2015 to support and encourage young girls to pursue STEM subjects at School.

Now a national organisation with the ambition of reaching 5,000 students, UCC took the opportunity to celebrate Gillian, Caroline and Ruth’s collaborative effort and honour them with an Alumni Achievement Award.