Kindly hosted by H.E. Helena Nolan, Ambassador of Ireland to Belgium, Professor Ursula Kilkelly welcomed graduates and other supporters of the School to the Irish Embassy in Brussels for an informal reception.

The event provided a rare opportunity to reconnect with some of the many graduates working in diverse organisations and institutions in Brussels and who are at various stages of their career.

The School of Law is distinguished by being the first Law School in Ireland to offer courses on Common Market Law and then EEC Law in the late 1960s and early 1970s.  We were honoured to be joined in Brussels by the Hon. Mr Justice Bryan McMahon, retired judge of the High Court, who shared with the audience his memories of teaching these modules.  He also recalled his involvement with the first cases taken from Ireland to the European Court of Justice, which again were spearheaded by UCC graduates.

Somewhat fittingly, the keynote speaker on the evening was Dr Vincent Power, Head of EU, Competition & Procurement Group at A&L Goodbody, who was himself taught by Mr Justice McMahon.  Dr Power shared insights from practice on the varied and ongoing challenges being presented by Brexit, as well as the possible opportunities that may arise as a result.

Reflecting the significant impact that membership of the European Union has had on Irish domestic law and policy over the past 45 years, many of the alumni present are working for the Department of Foreign Affairs either in Ireland’s Embassy to Belgium or as part of the Permanent Representation of Ireland at the European Union.  Others occupy key positions within the European Commission and at the European Parliament, while careers in private practice or with influential lobbying groups are also pursued by our graduates. 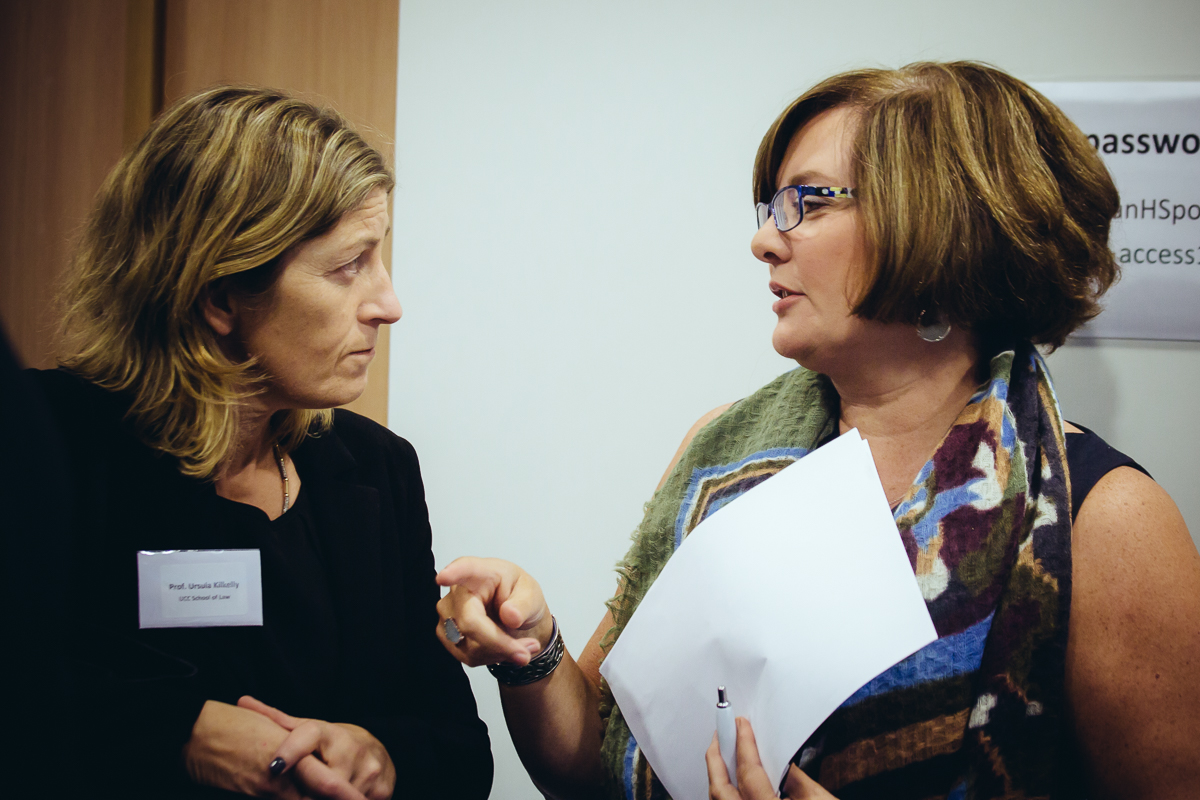 Part of the success of UCC Law graduates in Brussels can be attributed to the opportunity afforded to undergraduates to study law along with a language.  Both French and Irish are official languages of the EU and students of the BCL (Law and French) and BCL (Law and Irish) emerge with an excellent grounding not only in law but also in the second language expected of those wishing to work in the EU institutions.  The BCL (Law and Irish) degree is especially valuable as it is on the only such undergraduate qualification available in Ireland and lawyer linguists are in high demand.

One of our key ambitions at the School of Law is to ensure that current students are aware of the exciting and varied career opportunities that a degree in law can present and we are very proud to say that our network of alumni is strongly supportive of these efforts.  The School is firmly committed to developing relationships with alumni and other friends and we hope to further strengthen the ties between Cork and Brussels in the years to come.