In 1961, Hannah Arendt travelled to Jerusalem to cover the trial of Adolf Eichmann for the American journal The New Yorker. Arendt's series of articles was hotly debated, as was her slightly revised book on the trial, published as "Eichmann in Jerusalem: A Report on the Banality of Evil" in 1963. In the following year, the book appeared in German translation. The television journalist Günter Gaus interviewed Arendt on this occasion; he took the opportunity to ask questions about her book, but also about her work in general. In this interview, Arendt also offered very personal statements about her life and career. My talk will deal with Arendt's book on Eichmann, and with this interview following its German publication. 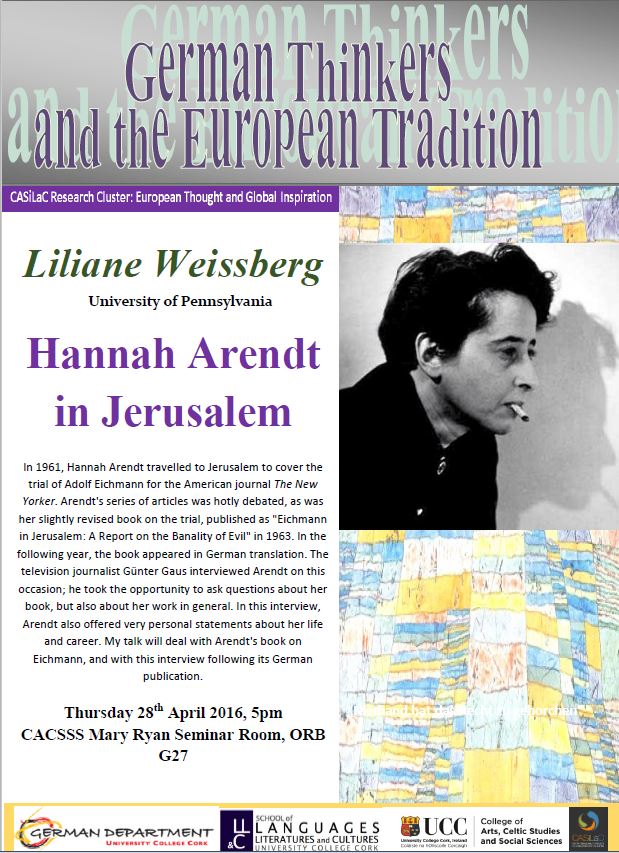 Previous ArticleNext Article
Back to Announcements