Traditionally, psychology has tended to find a voice as a science by providing findings from large-scale studies. Psychology as a therapeutic discipline, instead, has tended to find its voice by informing us of the lived experiences of individuals. A PhD study in the School of Applied Psychology has merged the need for robust data to underpin the measured changes experienced by individuals (one person) over time. How do we stand over measures of an individual in the same way that we would measure many individuals on aggregate? Normally, statistical techniques are used to assist in inferring findings from large-scale sample studies to the larger population from which they originate. In addition, statistical techniques provide measures which account for chance factors in research design. How can N=1 samples provide us with robust data in the same way that N=1000 samples can? Emma Hurley has investigated this very question in her PhD research under the supervision of Dr Raegan Murphy. Her PhD is embedded within the broader area of dynamic assessment

Dynamic assessment is a method of assessing individuals. As its name suggests the primary interest is examining the processes by which people learn (Vygotsky, 1978). Its primary objective is to scaffold the learning experience for individuals in a reliable and valid manner. Dynamic assessment has faced several methodological issues over the past 100 years and one of these issues is how best to measure individual change in a psychometric manner (which typically requires large numbers of individuals to be assessed). Herein lies the tension: how to measure an individual in such a way as to inform evidence-based practice.  Psychometrics (the measurement of traits and abilities in people) has generally relied on normative statistical techniques which do not allow for the examination of change in one person over time. 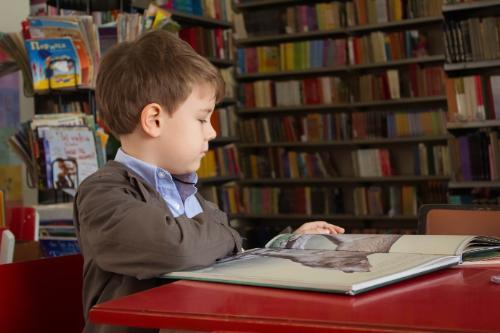 In order to examine and evaluate change in an individual over time, Emma has developed a methodology derived from pre-existing methods of representation of an individual’s self-concept or identity. Emma assesses individuals using open card sorts. This technique is grounded in the philosophy of George Kelly’s personal construct theory (Kelly, 1955). The person’s experience of their world is subjective and is shaped by their own construal of information processed from their environment. As such, we cannot know how a person constructs their reality unless we enquire about it. A person builds an internal representation of their social world through reality testing and by building a repertoire of theories of being. The theories of being consist of constructs or values against which the person compares themselves and others. In this way the person has a schema of their own self-concept and sense of identity based on a culmination of their own internalised theories of being. The method used in  Emma’s research produces a ‘psychological space’ (Shepard, 1962) or life space map – a graphical representation of the person’s self-concept at the time of each assessment.

Emma uses index cards with a descriptor. Cards are then sorted according to the person’s constructs or value-system. Examples of constructs developed during this process are kindness, intelligence, health-consciousness, sense of humour and loyalty. The person begins by placing their first card on the table and compares each subsequent card with the card in front of them, based on the construct under consideration, placing them to the left or right of the first card depending on where they feel the person on the card falls along the construct continuum. Cards deemed to be sufficiently similar are placed in the same pile. In this way the number of piles which are generated during the card sort process reflects most accurately how the person construes that attribute. The participant is then asked to label each pile. For example, a person might not identify ‘Very unkind’ as a level, seeing only ‘Unkind’, ‘Kind’ and ‘Very kind’ people in their world (three levels) while another person might see ‘Extremely unkind’, ‘Very unkind’, ‘Unkind’, ‘Kind’, and ‘Very kind’ (five levels). Piles are then numbered from 1-5, where 1 indicates the most positive level of the construct. An open-card sort is used to gather data across several time-points and different constructs can be generated at each card sort session.

How is the data generated from card sorts analysed? One suitable method is multidimensional scaling (MDS) which is a data reduction technique (Kurskal &Wish, 1978). The data are shown in a visual display or map along two dimensions as shown in the figure below (‘up and down’ or Y-coordinate as well as ‘left and right’ or X-coordinate). This map is known as a life-space map. During the MDS phase of analysis all the data for a single construct is collected and a map is produced. This map compares the distances of each person mentioned by the individual with every other person mentioned by them to establish this map. This produces a coordinate along both the X and Y axis for each person that is mentioned. Data for all constructs are then combined and this can be thought of as locating an area on a map using longitude and latitude. Each person is represented by a point derived from several constructs which are collapsed together.

Similarity of any two people is reflected by their proximity on the map. Therefore, two or more points close together on the map are construed by the individual to be alike. We examine the map for clusters such as these. Extreme cases where an element may be distant from all others or which are not part of a cluster can be very informative as this tells us something about the nature of the relationship between the individual and the person mentioned. Dynamic assessment often assesses individuals over multiple time points to gauge change. With repeated card sorts over a period of 3 months, we can see movement of people in relation to the individual being assessed. The data generated during each card sort session is considerable and looks like data that has been generated from large-scale studies. It is important to note that while proximity and distance can be considered within the same MDS map at any given timepoint, MDS maps cannot be compared with other MDS maps. To compare maps, we need to use a technique called General Procrustes Analysis (GPA) (Gower, 1975). GPA gives an evaluation of the degree of change across the card sort sessions. Maps produced using MDS analysis of card sort data provide us with an overview of how an individual construes their world across time-points. MDS allows us to visually depict a map but without the use of GPA we would not be able to compare the maps across time. Output of GP analysis shows how the shape of the data, as visualised in two dimensions, changes over time. Data from initial card sorts can be combined to generate a baseline configuration. This configuration accounts to some degree, for error or ‘natural’ movement in identity against which we compare how the individual views themselves in relation to others over time. Analysis of similarity between these maps within this space is conducted. The purpose of this is to give an indication of stability or movement between different card sort sessions. High correlations indicate that stability has been achieved and that further card sorts would not be warranted. Low correlations indicate that change is still occurring and further intervention is warranted. Emma’s research has shown that this method, which seeks to assess change using robust data analytic techniques, can be used within a dynamic assessment framework and addresses some of the methodological shortcomings of traditional measures of change. 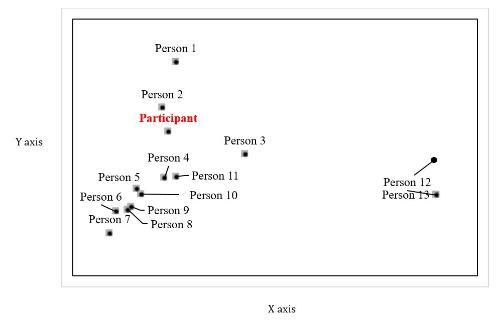 Previous Article Next Article
Back to Research News