Inaugural reception, attended by Her Excellency, Silvia Merega, Ambassador of Argentina to Ireland, is followed by a plenary on Argentine Cinema Since the 1990s by Professor Álvaro Fernández-Bravo (CONICET/Universidad de San Andres, Argentina). The event will open the three day festival including three outstanding Argentine films at 8pm on Monday 24th February, 7pm on Tuesday 25th February and 7pm on Wednesday 26th February. 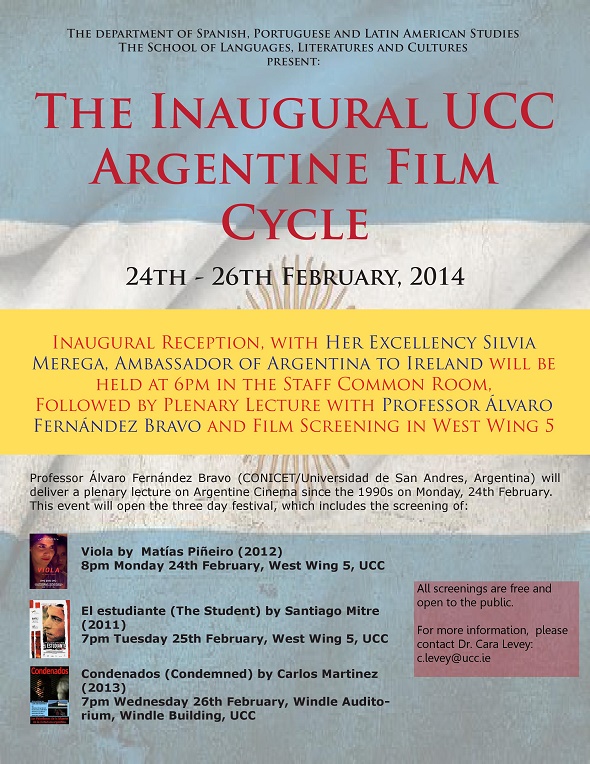 Previous Article Next Article
Back to News Archive