Research led by Dr. David Burns and Professor Ken O’Halloran, Department of Physiology, was featured on the cover of a recent issue of The Journal of Physiology (Volume 597, Issue 3). 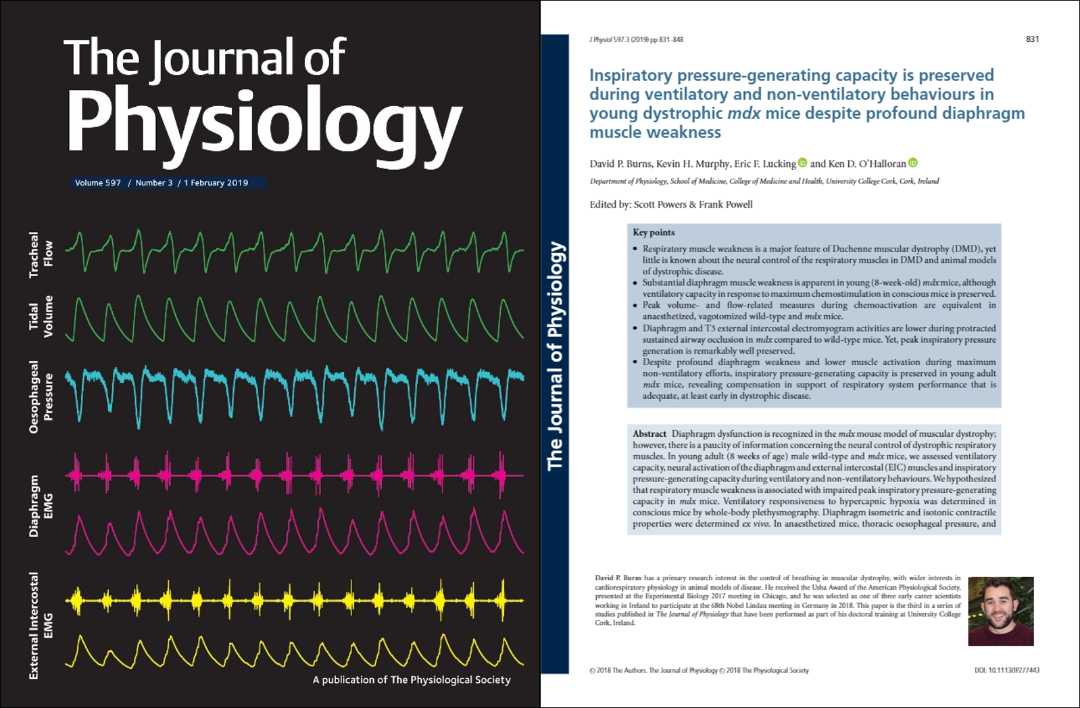 The paper presents interesting findings relating to compensatory support of breathing at a young age in a model of muscular dystrophy (mdx mouse). Despite profound diaphragm (principal respiratory muscle) weakness and impaired neural recruitment of the diaphragm in mdx mice, there is a capacity to preserve peak inspiratory pressure generating capacity (1). The study reveals compensation in support of respiratory system performance in young mdx mice and has relevance to rehabilitative and therapeutic strategies that aim to protect respiratory performance in neuromuscular diseases such as the dystrophinopathies.

This paper is the third in a series of studies published in The Journal of Physiology that were performed during David’s doctoral training at the Department of Physiology, UCC.