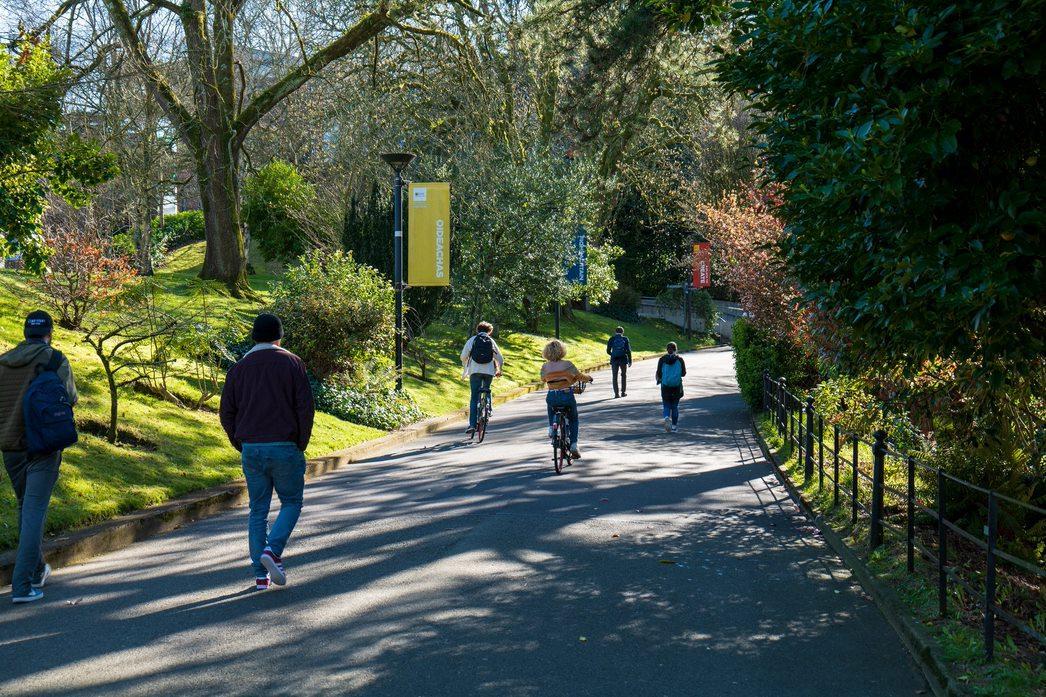 You can get the aircoach bus from Dublin airport directly to Cork City centre.  Book your ticket in advance.

The alternative is to get the bus, which goes to the city centre from outside the airport.

The city’s railway hub is based at Kent station towards the east end of the city giving access to the national and county network. There are two local lines serving the county: one for Cobh in east Cork and one serving Mallow, Charleville and Millstreet in north Cork. 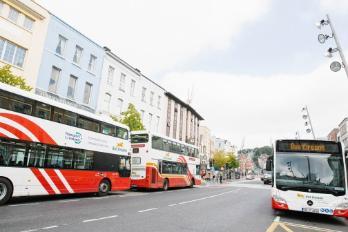 Cork City has a modern bus system throughout the city and suburbs.  The city's bus station is centrally located on Parnell Place with services running to almost every town and village in the county seven-days-a-week. Here you can also catch a bus to other cities. Most buses and trains now have free WIFI on board.

Once established in Cork we would recommend you get a leap card, which is a reduced rate travel card.

Private operators like Aircoach also run buses from Patrick's Quay on the opposite side of the river to Dublin/Dublin Airport and other cities.

Cork Airport is the international gateway to the South of Ireland and is uniquely positioned at the start of the Wild Atlantic Way and Ireland’s Ancient East.

It is the country’s second largest and best connected international airport with more choice of routes than any other airport outside of Dublin.

More than 2.2 million passengers travel through the airport this year, flying to 50+ top destinations across the UK and throughout continental Europe. Cork Airport’s customer service (as voted by passengers) has won national and international awards.

To see a full list of destinations that Cork flies to visit: https://www.corkairport.com/destinations/book-flights

How do I get there?

Cork Airport is accessible by public and private bus seven days a week with buses in both directions every 30 minutes from 5am until midnight.  From Cork Airport you can reach Cork City centre, Parnell Place bus station and Kent railway station by travelling on Bus Éireann’s direct Air Coach service (route 226A). Bus and Coach connections are available at Parnell Place Bus Station to various towns and cities all across Ireland.

All drivers must have a valid driver’s licence. Since 1 January, 2003 you are required to carry your full driving licence with you at all times when driving in Ireland. Full details of acceptable and valid driving licenses are available here.  Motor tax and insurance are compulsory. Driving is on the left hand side of the road throughout Ireland. Drivers and passengers must wear seat belts. Motorcyclists and pillion passengers must wear crash helmets.

Drink Driving regulations are strictly enforced.  All vehicles must be roadworthy. Any vehicles over four years old must pass the national car test (NCT) to ensure that it is roadworthy. For detailed information about Irish regulations, including parking regulations, see 'The Rules of the Road'. This is the official publication published by the Irish government and is available here.

The Sacred Heart Church (the western side of the Maradyke Arena, opposite Western Gateway Building) has Pay & Display carpark with capacity for 100 cars.