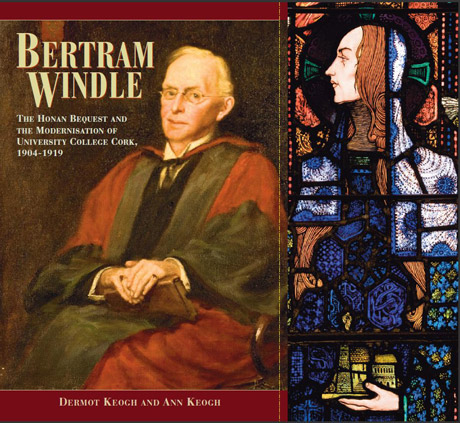 Bertram Windle, President of Queen's College/University College Cork between 1904 and 1919, was a man of science and of letters, an archaeologist and an anthropologist, a philosopher and a Catholic apologist. Besides having a major impact on the reform and modernisation of Irish universities, he was a home ruler since the 1880s, an active supporter of the Gaelic League and a close friend of Douglas Hyde. Windle was invited to Ireland in 1904 by the Chief Secretary, George Wyndham, to help him find a satisfactory solution to the Irish University Question.  Based on new archival material, this book provides a valuable insight into a Catholic middle-class Ireland in political transition as perceived by Windle and his contemporaries.  Windle was an empire nationalist and a strong supporter of John Redmond’s wartime policies. He felt very comfortable with the idea of Ireland gaining self-government within the British empire.  As an intermediary with the British authorities, he counselled that that was the way forward for the British government.  It was either immediate constitutional reform or a rise in separatism.  He hoped to see John Redmond as the first leader of a newly restored and independent Ireland.  Windle entertained the ambition to become the first Minister for Education in the first Home Rule administration.

Denied home rule at the outbreak of war, Windle lamented the diminution in popular support for the war in nationalist Ireland. He was an unsympathetic observer of the rise of physical force nationalism, viewing with alarm in the post-1916 period the rise of Sinn Féin and the radicalisation of the Catholic Church.  As a member of the Irish Convention, he worked tirelessly for a peaceful settlement but became, in the process, ever-more distrustful of the bona fides of the British government and its supine attitude towards revolutionary Northern Unionism. His diaries are filled with entries berating the British cabinet for yielding to Unionist extremism.  His distaste for Prime Minister Lloyd George and his ministerial colleagues spilled over into a questioning of the British democratic system of government.  At the end of the war, Windle did not lament the passing of the European empires. Windle, more and more a stranger in a country caught between the worlds of empire and independence, resigned as UCC president of UCC in 1919 and went to Canada.

This book sets the Ireland of the first two decades of the twentieth century in the context of the international struggles for self-government and self-determination.  Based on an extensive survey of archival material in Ireland and abroad, the study proves an unusual perspective on the demise of empire and the rise of radical nationalism in Ireland. 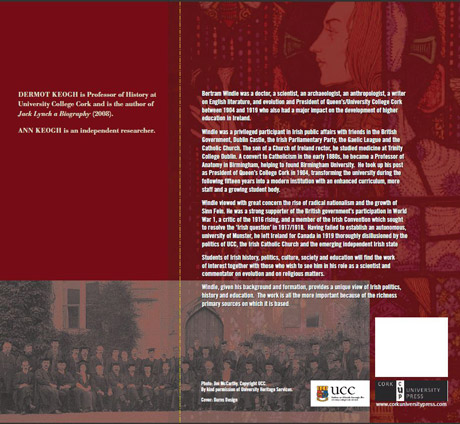