Hiram Morgan's Projects in receipt of funds from PRTLI Cycle 4

Dr Hiram Morgan is working with John Barry of the Classics Dept UCC on a first complete translation of Richard Stanihurst’s De Rebus in Hibernia Gestis (Leiden, 1584) as part of Cork’s Irish Neo-Latin project. The aim is to produce a fully annotated critical edition of this controversial work which set in train a century of debate on Ireland’s past and on the various ethnic groups which inhabited the island. 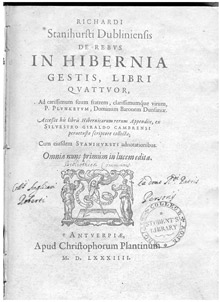 ‌Hiram Morgan is completing a complete edition of Sir Francis Bacon’s writings on Ireland for the CELT website. These will be drawn together from a variety of sources published and unpublished to create a revised picture of this important intellectual’s views and decisions on colonial and religious politics in Elizabethan and Jacobean Ireland. 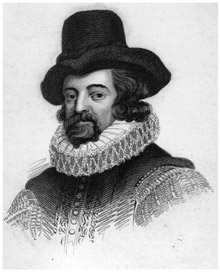 ‌Another spin-off from CELT is an English edition of a little known narrative in Old French of a four-day visit to Kinsale by Archduke Ferdinand of Habsburg in June 1518. It was written by royal secretary, Laurent Vital, and provides a vivid and sympathetic description of Irish dress and customs. This account in turn influenced the famous drawing of Irish soldiers by Albrecht Durer in 1521. The original source and translation are already online –http://143.239.128.67/celt/published/F500000-001/& http://143.239.128.67/celt/published/T500000-001/ 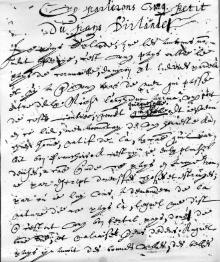 Other Leader's Projects not in Receipt of PRTLI Funding

Hiram Morgan is completing a biography of Hugh O’Neill, earl of Tyrone for the Royal Irish Academy’s ‘Judging Irish Historical Figures’ series. This will be the first full‌ scale biography of this pivotal character in Irish history. It will use Irish, British and Continental sources to solve the enigma of the Great O’Neill, originally created by the man himself to disguise his nationwide revolt against the English rule in Ireland. 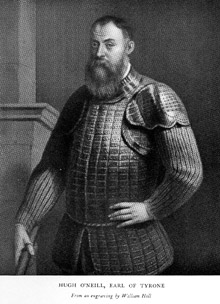 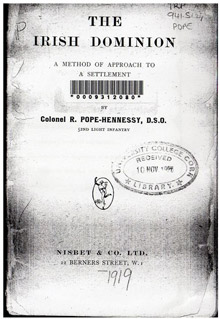 Hiram Morgan is working with Cork City Council and the Conseil Général de La Gironde on historical links between Ireland and Aquitaine.  He is exploring ways to establish projects on medieval trade, the Irish College in Bordeaux, Irish involvement in the Wine and Brandy businesses, the Wild Geese and United Irishmen in France and the Huguenots in Munster. 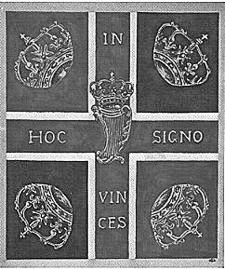 Dr. Morgan is working with local groupsa in Ireland to establish academic and heritage links between Cork and North America. This in particular relates to the colonial and religious activities of the Gookin family and later William Penn in both areas during the seventeenth century. 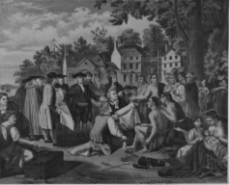