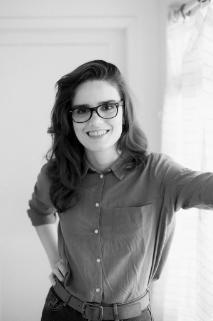 Juliana de Albuquerque submitted her PhD thesis in November 2021 to University College Cork, Ireland, where she was co-supervised by Professor Gert Hofmann at the German Department and Professor Alessandro Salice, at the Department of Philosophy.

Juliana’s doctorate focuses on the interrelation between the philosophical, scientific and literary discourses in Germany during the late 18th and early 19th centuries, with an emphasis on Goethe’s notion of Bildung as it is reflected in the portrayal of women in his literary work.

Juliana has a Bachelor’s degree in Law from Universidade Católica de Pernambuco, Brazil, and received her Masters degree in Philosphy from Tel Aviv University, Israel. Her MA dissertation was supervised by Professor Ilit Ferber. It examined the influence of Leibniz on Hölderlin’s and Hegel’s views on tragedy, and it explored questions in aesthetics, literature, and moral philosophy.

While working on her MA Juliana spent 18 months at Universität Konstanz, in Germany, as a research and teaching assistant at the Lehrstuhl für Bürgerliches Recht, Antike Rechtsgeschichte, Römisches Recht und Neuere Privatrechtsgeschichte, working under the supervision of Professor Matthias Armgardt. During that time she was also a member of the research project: JuriLog (German Research Foundation [DFG]/ Agence Nationale de la Recherche [ANR]).

Her academic activities at University College Cork during the last five years have included teaching German intellectual history, with an emphasis on German Classicism and Idealism, and German Jewish thought and literature, from the age of the Enlightenment to pre-War Germany. In collaboration with Professor Gert Hofmann, Juliana edited the book Anti/Idealism (De Gruyter, 2019). This book is a collection of essays presented during the first conference of the Anti/Idealism & Anti/Realism Research Network, in June 2017.

Since August 2021 Juliana has coordinated a research group dedicated to the study of Contemporary Jewish Philosophy and Politics at LABÔ – the Laboratory for Politics, Behavior and Media of Fundação São Paulo, the maintaining institution of the Pontifical Catholic University of São Paulo, Brazil. At present, the activities of the research group focus on the discussion of literary and philosophical texts related to the theme of the Dialogue between Jews and Germans. Juliana is also an associate researcher at the Center for Jewish Studies at the University of São Paulo, Brazil.

In addition to her work within academic institutions, since 2018 Juliana has been writing a fortnightly column for the leading Brazilian newspaper Folha de S. Paulo, where she discusses themes from philosophy and literature. In the last four years, she has written essays on Spinoza, Goethe, G.W.F. Hegel, Friedrich Nietzsche, Hannah Arendt, Gershom Scholem, Elias Canetti, Isaac Bashevis Singer and others.

b. Chapters in books (peer review)

Article on themes of health and sickness in Goethe’s work to be published in Symphilosophie’s forthcoming volume 05 on the topic of Romantic Aesthetics. The paper is due in March 2023.

Review of Goethe’s Wilhelm Meister’s Apprenticeship and Philosophy (OUP, 2020), a volume of essays edited by Sarah Eldridge and C. Allen Speight. This review to be published by the Goethe Yearbook.

b. Book Reviews (most relevant):

(June 21, 2019) “Getting to the essence: An Important Narrowing of a Philosophical Movement” (Review of Jonathan Webber’s Rethinking Existentialism [OUP, 2019] for The Times Literary Supplement, p.25)