Congratulations to Dr Gerard O'Keeffe who has just received a Career Development Award from Science Foundation Ireland as part of a €22 Million Government Investment in next generation research talent.  This career development award is one of 20 such research projects across Ireland to be supported through this new Government research funding announced by  Minister of State for Training, Skills and Innovation, John Halligan TD this week.

The substantial four year funding awarded will allow Dr O’Keeffe to recruite a postdoctoral researcher and a PhD student to work on identifying novel drugs and drug targets for Parkinson’s disease.  Parkinson’s is a common, progressive neurodegenerative disease characterised by the degeneration of specific populations of neurons which lead to profound motor and late stage cognitive impairments. Current treatments provide symptomatic relief, however their effectiveness wear off over time and their pro-longed use leads to disabling side effects.  There is therefore a critical need to develop new drugs and drugs targets to protect against degeneration in Parkinson's.  This is important as in Europe, 1.2 million people have Parkinson’s disease, which has a total socioeconomic cost of €13.9 billion per annum, which will double by 2030 as the population ages. 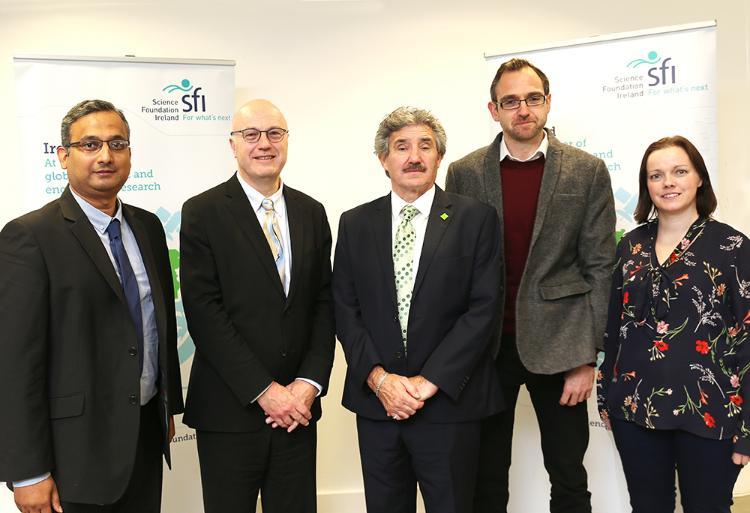 Dr O’Keeffe is a currently a senior lecturer and PI in the department.  His long association with the department began as a student in the Neuroscience degree programme from 1996 to 2000.  He also undertook a PhD in the department from 2000-2004 and which he moved to Cardiff University where he worked as a post-doc in developmental neurobiology from 2004-2008. In 2008 he returned to UCC when he was appointed as Lecturer in the Department of Anatomy and Neuroscience.  He research interest interests are in understanding the molecular mechanisms of brain development and degeneration at the extremes of life.