Salmon farming has enormous potential for economic development and job creation. However, its development has been curtailed by environmental considerations, chiefly related to escapes, sea lice and medication. In Ireland, opposition has constrained the industry’s expected development. Certification could have an impact on public perception, but this process requires evidence based scientific validation. To this end, the proposed Fellowship seeks to embed a leading academic expert in genetics, specifically in relation to farm-wild salmon interactions, with the world’s largest producer of farm salmon; thus providing unique industry access, facilitating discourse on environmental standards and exploration of opportunities for future collaborative research.

Current farm production of Atlantic salmon in the North Atlantic is about 100,000 tonnes per annum.  Marine cages are vulnerable to damage by storms, predators and collisions and escapes inevitably occur.  Approximately two million Atlantic salmon escape each year into the North Atlantic, which is equivalent to about 50% of the total number of wild adult salmon in the area.  Together with declining trends in wild capture fisheries and significant socio-economic changes in fish production, the escape of purposefully genetically distinct captive fish into the wild is one of the major concern for fish biodiversity, conservation and global food security.

In this multidisciplinary study, we will exploit new techniques in population genomics and quantitative genetics to investigate the underlying mechanisms by which Atlantic salmon escaping from farms reduce the survival potential of wild salmon, when they breed together in rivers.  We aim to disentange the complex effects of wild-farm hybridisation on the dynamics of quantitative traits and fitness in wild populations.

This work is being funded by Science Foundation Ireland and consists of two awards; the Industry Fellowship (2014 14/IFB/2727) and the Investigators Programme (2015 15/IA/3028).  These awards have allowed for the appointment of two postdocs (Dr Joshka Kaufmann and Dr Karl Philips), two PhDs (Sarah Ryan and Ronan O’Sullivan) and research assistants (Peter Deegan and Ronan Grealis). 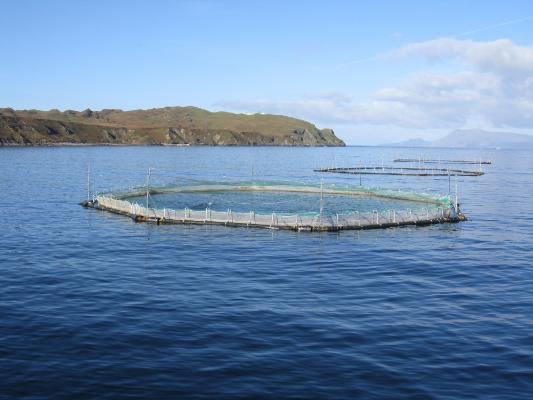