It was the first time many of the group had visited the Marine Institute in Newport, County Mayo.  Which in itself provided a great deal of interest especially as the catchment is internationally renowned for it’s research facilities.

A tour was provided of the Burrishoole Catchment sparking many ideas and collaborations between researchers.  Watch this space for cutting edge science and techniques.. 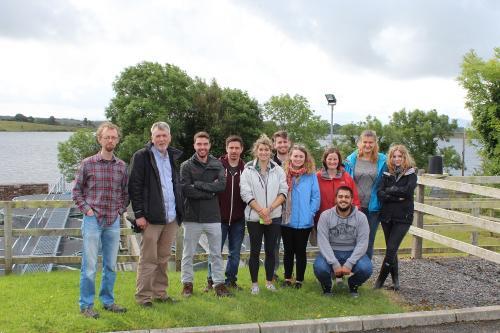 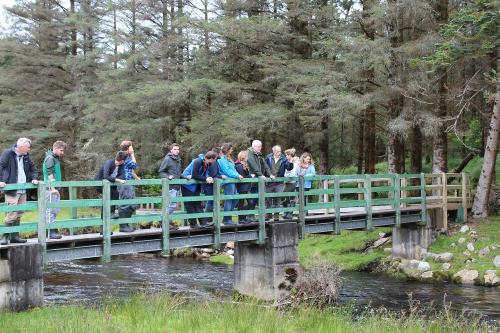 Sean Kelly – “Lough Furnace – A natural laboratory for the study of fluid dynamics.”

Bursars 2017 – Several of this years Bursary students gave a short talk on posters they had compiled for the Marine Institute on the work they had undertaken whilst here in Newport.

Dr Joshka Kaufmann – ‘The effect of phenotypic variation on adaptation to unpredictable environments in the common lizard.’

Professor Fred Allendorf – “Conservation and the Genetics of Populations.”

Elizabeth Tray – Demonstration of the unlocking the archive database

A meeting of minds geared towards the fantastic BEYOND 2020 projects.

The Taoiseach’s visit was included in his busy schedule to recognise the acquisition of some €6 million in funding for UCC led projects to be based at the Marine Institute Newport facility and resulting in the creation of 20 new research positions.