The Centre for Mexican Studies has been involved in a multidisciplinary project on investigating cultural responses to feminicidio or the killing of women in the Mexico-US border city of Ciudad Juárez.

In the early 1990s the multiple deaths of women in the U.S.-Mexico border town of Ciudad Juárez first began to attract international attention. Many of the deaths were characterized by extreme sexual violence and many of the bodies showed evidence of mutilation and torture. The crime of femicide or feminicidio as it came to be named, began to become part of public consciousness in Mexico and in the midst of international outcry about the murders and the lack of response to them, the struggle to seek justice for the families of the murdered women continues. This struggle involves the family organizations who have campaigned for legislative change, as well as work by human rights activists and a wide range of books, art exhibitions, documentary and feature films as well as photography and music.

The Centre for Mexican Studies has been involved in a multidisciplinary project on investigating cultural responses to feminicidio or the killing of women in the Mexico-US border city of Ciudad Juárez. This has involved a range of activities and outputs including:

· Collaboration on documentary film: 'Mass Murder in Mexico', What in the World Series (broadcast RTE 4th Dec 2013) in collaboration with Peadar King. 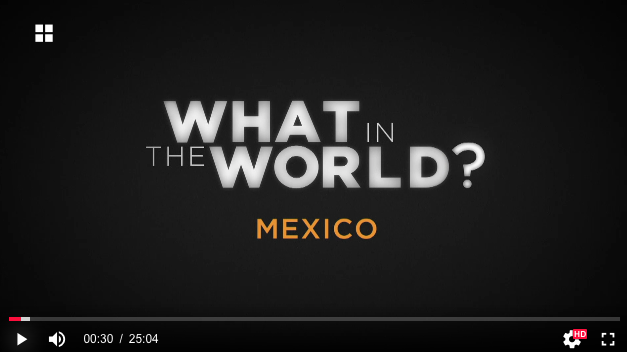 See video in this link.

· Monograph, Cultural Representations of Feminicidio on the US-Mexico Border (Routledge 2018) among other publications.

· Numerous public engagement activities including Death on the Border, a collaboration with Amnesty International involving a public lecture, readings and documentary screenings with invited activists and authors (7th Feb 2014) and A Stroll in the Abyss: The Life and Work of Roberto Bolaño (Making sense of the still unsolved killings of women in Ciudad Juárez ), Cork City Library (24th April 2014); Public interview with Brian Maguire and Mark McLoughlin at Glucksman Gallery (Feb 2019). 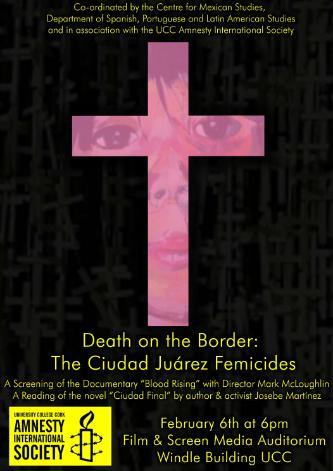 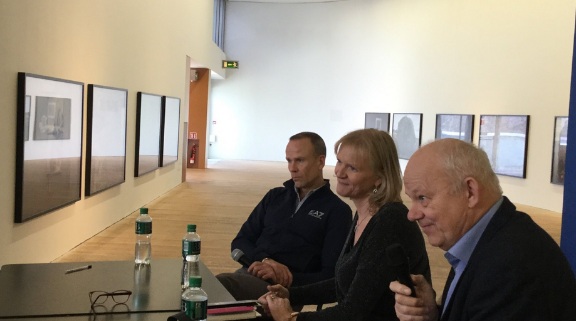 Next Article
Back to Research