‌‌ The PEPS-C Test (Profiling Elements of Prosody in Speech-Communication) 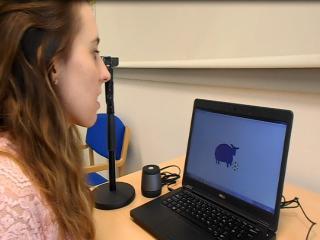 Prosody is a very important component in everyday communication and is considered a social communication skill. It is an aspect of speech that covers intonation, tone of voice, loudness, speaking-rate, stress and rhythm. It is important as it adds to the verbal messages of the by conveying information on the speaker’s attitude, mood, and emotion. “It’s not what you say, but the way that you say it” is a nice way of summarising prosody.

The ability to understand and/or produce prosody can be affected in various communication impairments such as autism, dysarthria (often seen in individuals who have experienced a stroke) and hearing impairment.

PEPS-C (Profiling Elements of Prosody in Speech-Communication) is a test which assesses receptive (understanding) and expressive (spoken) prosody in adults and children. PEPS-C is available in English (several versions) and other languages (French, Spanish, Dutch and Norwegian). The test is useful for assessing any individual from 5 years of age who may have difficulties understanding or using prosody.

PEPS-C is easy to administer. Using a computer/laptop, the tester elicits responses through spoken utterances and pictures presented on the screen.

For understanding of prosody, a spoken utterance is played while two pictures response options appear on the computer screen - the child clicks on one of the pictures by way of response.