This paper explores ways of reading and hearing archives as sites of encounter between those with power and those with little option but to negotiate with the powerful. Charitable and official welfare archives are so often bureaucratic exercises of selection leeching particular narratives from their protagonists. This process had the effect of objectifying those subjects, rendering their subjecthood incidental to a determined process of inquiry. Thus, this paper reads these archives against their grain, to take seriously what they were not interested in and to explore what that extraneous detail reveals about the lives of these subjects. It is concerned, in particular, with how the administrative process translates the lives of its subjects into tales of entitlement and what is lost and gained in the exercise. It forages on the cutting room floor to reconstruct the dynamic nature of archives and the people trapped within them offering a history ‘from below’. Finally, it explores how these archives were microcosms of the gendered landscape of early twentieth-century Ireland, in which the voice of appeal was so often female, while that of arbitration and decision was male. 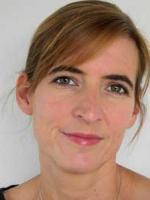 Bio: Lindsey Earner-Byrne is the Professor of Irish Gender History at the School of History, U and Chair the Expert Advisory Panel of the 20th Century History of Ireland Galleries at the Museum of Ireland. She has researched and published widely on modern Irish history with a particular focus on poverty, welfare, gender, sexuality, health and vulnerable and marginalised groups. Most recently she has co-authored a history of Ireland’s abortion journey with Professor Diane Urquhart of Queen’s University Belfast, The Irish Abortion Journey, 1920-2018 (Palgrave Macmillan, 2019). Her other publications include Letters of the Catholic Poor: Poverty in Independent Ireland, 1920-1940 (2017) and Mother and Child: Maternity and Child Welfare in Dublin, 1922-50 (2007). She narrated and co-authored documentary Forgotten: The Widows of the Irish Revolution (RTÉ One, May 2022).

Respondent: Diane Urquhart is the Professor of Irish Gender History at Queen's University Belfast. She has published widely on Irish and British gender history including her monograph Irish Divorce: A History, published with Cambridge University Press in 2020, which won the James S. Donnelly Sr. Prize for Books on History and Social Sciences.