Prof. Lynch is a medical graduate from Royal College of Surgeons Ireland from 1984.  He subsequently did a BSc Pharmacology in 1986 and trained in the Richmond Hospital, Beaumont Hospital, Mater Misericordiae University Hospital and Our Lady’s Hospital for Sick Children, Crumlin before moving to Columbia University in New York for a residency in neurology followed by a Fellowship in Movement Disorders and Neurogenetics with Prof Stanley Fahn.  Prof Lynch was involved in some of the early linkage and cloning research in frontotemporal dementia and parkinsonism linked to chromosome 17 (Wilhelmsen Lynch   disease). Prof Lynch was appointed a Consultant Neurologist at the Mater Misericordiae University Hospital in 1998 and Professor of Neurology, University College Dublin in 2006. He co-Chairs  the Movement Disorder Society Scientific Committee for the 15th International  Parkinson’s disease and other Movement Disorder meeting, Dublin June 17 21st, 21012.  Prof  Lynch  has  published over one hundred articles in peer reviewed journals on a number of clinical areas in neurology including Parkinson’s disease, atypical dementias and the genetics of neurological disorders. 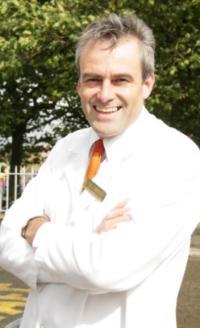