About the BRAINTALK project

The BRAINTALK project aims to bring together researchers, clinicians and people with Parkinson’s disease to create an active, interconnected Parkinson’s community in Ireland, which together strives to improve the management and research outcomes of Parkinson’s disease. To achieve this, a ‘Parkinson’s Community Meeting and Exhibition’ will take place in the Lewis Glucksman Gallery, University College Cork on Monday 7th September 2015.

The overarching objective of the ‘Parkinson’s Community Meeting and Exhibition’ is to encourage interaction between, and contribution from, researchers, clinicians and people with Parkinson’s for the purpose of exchanging and disseminating knowledge. 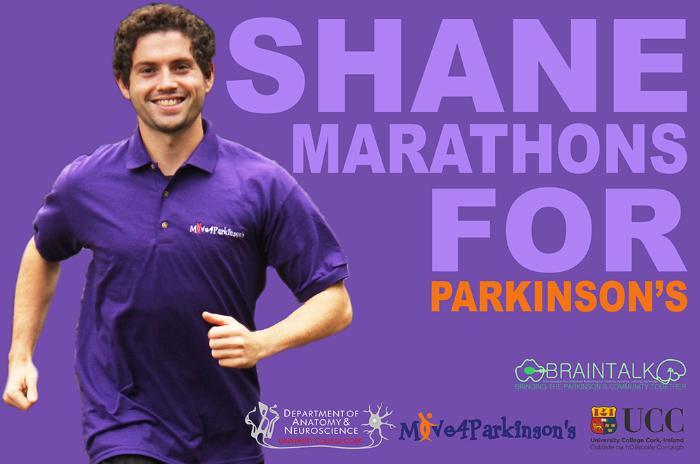 Parkinson’s disease is the second most common neurodegenerative disorder, with over 8,000 people in Ireland living with Parkinson’s. Parkinson’s is a progressive ‌neurological ‌disorder, which robs people of their ability to control their own movements, but also causes other debilitating physical and psychological complications. At present Parkinson’s is incurable, with symptoms marginally controlled using a combination of drugs, therapies and occasionally surgery.

BRAINTALK have been inspired by a number of PwP’s and Parkinson’s charities in Ireland and abroad, but none more so than Move4Parkinson’s whose services are centred on improving PwP’s understanding of their illness and teaching them how active self-management can reduce symptoms and enable them to have a better quality of life. Shane has thus decided to raise funds for ‘Move4Parkinson's Foundation Limited’ (http://www.move4parkinsons.com/).

You can donate by visiting the online fundraising page at https://www.gofundme.com/run4parkinsons

Any donation no matter how small is hugely appreciated.

Many thanks in advance for your support. 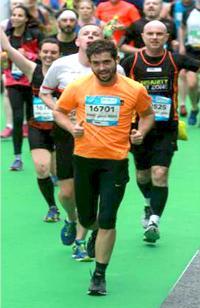 Congratulations to Dr Shane Hegarty, who successfully completed the Dublin City Marathon in aid of Move4Parkinson’s and to date has raised in excess of €2000. Shane, a ‌Parkinson’s researcher in the Department of Anatomy & Neuroscience, completed the Dublin City Marathon, his first marathon on Monday 26th of October in a time of 4h 25min. Shane ran the marathon in aid of Move4Parkinson’s http://www.move4parkinsons.com/), a charity dedicated to improving the quality of life for People with Parkinson’s. Through this fundraising event, Shane and the BRAINTALK ( http://www.ucc.ie/en/braintalk) team have raised over €2000 for the Parkinson's community.

We are hugely grateful to the over 70 charitable donators who have generously supported this worthy cause to date and made this charity event a success.
You can still donate to ‘Shane Marathons for Parkinson’s’ charity fundraising event. Donations can also be made at the Reception of the Biosciences Institute until Friday 6th November.

'The Parkinson's Community Meeting and Exhibition'

'The Parkinson's Community Meeting and Exhibition'

The ‘Living with Parkinson's’ exhibition will be launched to engage each attendee, and encourage them to express and share their personal experiences of Parkinson's Disease through the contribution of a chosen art-form, object or account.

An outreach event 'Exploring Parkinson's with Art' workshop will take place in advance of the Meeting an Exhibition on Tuesday 28th July 2015. This BRAINTALK Workshop welcomes participants to express and share their personal experiences of Parkinson’s disease, through the medium of art under the guidance of an experienced art therapist.