Vitamin D and the Elderly

There is a naturally occurring annual bone loss in individuals >40-years old of about 1%.  Postmenopausal women have a higher rate of bone loss due to declining oestrogen levels.  Low vitamin D status has been observed in elderly subjects with poor bone density (Khaw et al, 1992).  There is evidence to suggest that vitamin D and calcium supplementation reduces bone loss and fracture incidence (Dawson et al, 1997; Chapuy et al, 1992).  Therefore public health policies must be put in place to alleviate this health and economic issue.

‌Low vitamin D status is one of many risk factors that result in hip fracture/. A recent Irish study showed that 48% of Irish women (aged 51-75 years) had serum 25(OH)D less than 50nmol/l (Hill et al, 2005).  As Europes population ages, the number of people affected by osteoporosis will increase dramatically.  It is predicted in the next 50 years the number of hip fractures will double (Osteoporosis in Europe: Indicators of progress, 2005).   This is a worrying problem as inadequate vitamin D status is prevalent among the elderly and vitamin D intake is low at about 2-3 µg/day, among elderly European individuals, with the exception of Norway and Sweden where fish consumption is high, as is their use and intake of vitamin D fortified foods.  The Irish RDA for the elderly is 10µg/day.  Currently at UCC, a double-blind intervention with vitamin D is being carried out.  The objective of this study is to establish a RDA for vitamin D in the Irish adult and elderly population.  For more information, see FSA study. 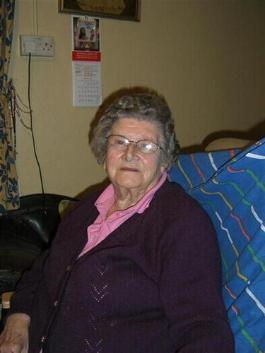