The duckweeds are a group of small aquatic plants that are a common sight in lakes and ponds around Ireland, and indeed the world.

In Ireland, we have a number of species of duckweed: native Lemna minor, Lemna gibba, Lemna trisulca, Spirodela polyrhiza and alien Lemna minuta. You can see images of Lemna minor below in both a lab setting and in the wild.

Figure 1. Left: close-up view of L. minor in the lab. Right: L. minor growing alongside grass in a pond in the wild

If it seems to the eye to be a somewhat basic and unexceptional looking plant, that is deceptive as it has some remarkable properties. It grows exceptionally fast for a plant, being able to double its weight every 1-2 days. It can grow well in polluted waters (eutrophic conditions) which contain high concentrations of nitrate and phosphate. It has a high tolerance for the presence of ammonia and heavy metals which can often cause toxicity in plants.

Furthermore, 40% of its total mass can be composed of protein, including substantial levels of several essential amino acids. This mixture of properties has led to an interest in using duckweed to treat waste and wastewater. Many kinds of waste contain high concentrations of nitrogen and phosphorous-containing compounds, which are readily taken up by the plant. Waste is a term used to describe a broad category of substances; ranging from household bin waste to industrial chemical waste. Usually, what the term waste implies is something that is leftover and not valuable i.e. something to be disposed of. However, waste streams are an untapped mine of valuable, and sometimes scarce, resources. For example, waste can contain phosphorous which is a finite resource.

So, there are urgent environmental and economic concerns that are fuelling interest into recycling phosphorous from waste. These resources contained within waste have the potential to be recycled back into the economic system. One such example with great potential for resource reclamation is the processing waste from dairy production. Processing raw milk into dairy products such as cheese, whey protein and dried milk powder can generate a lot of waste material. Up to 7 litres of wastewater can be produced for every litre of milk processed. This wastewater contains high concentrations of nutrients such as ammonia, nitrate and phosphate and low concentrations of other elements such as iron, magnesium and calcium. The presence of high concentrations of nitrogen and phosphorous-containing compounds makes the waste a potential environmental pollutant. The release of nitrate and phosphate containing effluents into water bodies can promote eutrophication which, in turn, can impede plant and animal life. The concentrations of these compounds must be reduced before the wastewater is released. Therefore, the compounds are treated as waste and something to be gotten rid of.

However, seen in another context these nitrogen and phosphorous-containing compounds are highly valuable. These are resources contained within the waste that can be re-used. This is where duckweed comes into the picture. Duckweed can be used to extract the valuable resources from dairy processing waste, as is being done in this research project, NEWTRIENTS. Duckweed requires sources of nitrogen and phosphorous to grow and with the high concentrations of nitrate, ammonia and phosphate present in the dairy processing wastewater duckweed can thrive. Simultaneously, duckweed can grow and the waste can be â€˜cleanedâ€™ of environmentally damaging compounds. Then, the duckweed, as a source of high-quality protein, can be used as a feed supplement for animals. Duckweed dry matter has, especially, been used as a component in feed for fish, fowl and pigs.Â There is also potential to use duckweed as a component in cattle feed, perhaps replacing soya. The recycling of wastewater in this manner is part of the circular economy. In the circular economy, the nutrients are not lost from the system, but they pass from one part to the other creating a closed-loop system. In our system (shown in Figure 2) the valuable nitrogen and phosphorous compounds move from the wastewater to the duckweed to the cow (or other agricultural animal) which produces the milk that is used in the dairy processing plant. Thus, a circular process is created. 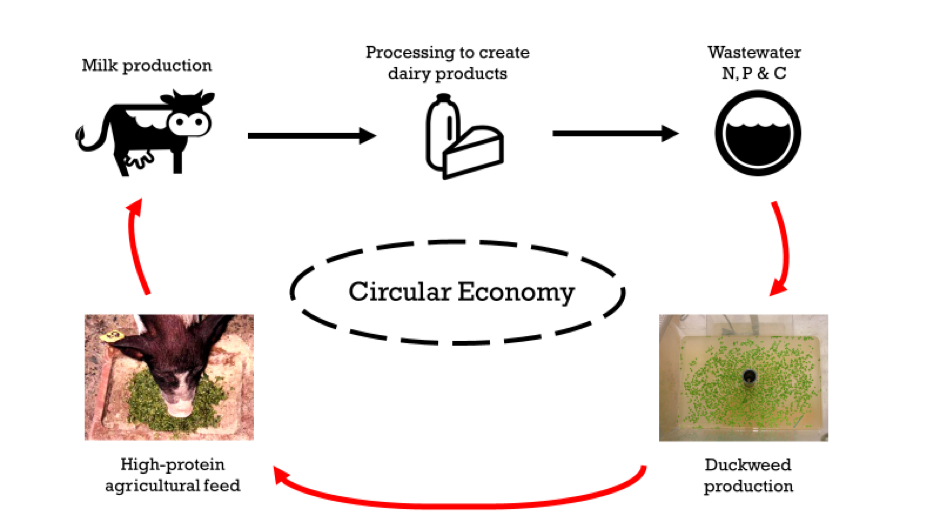 Figure 2. The circular process enabled by the use of duckweeds

Previous ArticleNext Article
Back to Blog