From Farm to Fork

UCC is the first university in the country to have its own nearby farm, growing fresh produce for students and staff, and it’s all part of maintaining its award-winning sustainability goals, writes Margaret Jennings

You would think that eating fresh food is the most natural thing in the world; we sow, we harvest and we savour. But in an age of multi-choices and convenience packaging we often lose track of that simple trajectory from farm to fork. Indeed, produce uprooted from the earth can often travel many air or road miles, before it lands on our shop shelves for us to ponder.

And although it is always best to eat “real” food, as opposed to processed, the nutritional and taste value can be lost, we are told, the longer it takes to land on our plate – and from there into our mouths!

From Farm to Fork

"Nature does provide; the first harvested vegetables actually arrived on campus in synchronicity with the start of the academic year - in late August"

This year however UCC has become the first university in the country to have fresh vegetables harvested from its own land, five kilometres from campus, and served up daily in six of its restaurants. 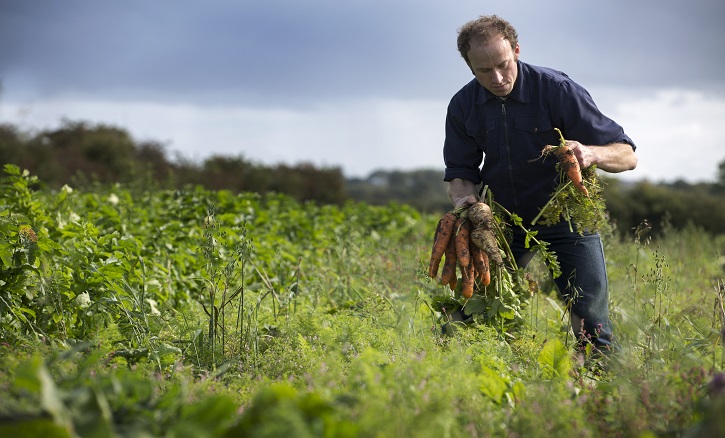 Concerned parents, whose children flew the coop three months ago to start university life, must be sighing with relief; at least they are being well-fed! At the end of the day, healthy eating is about having a healthy body and mind – keeping our energy up and our brains alert - a combination that is vital in the world of third-level education.

But of course everyone on campus can benefit from this new initiative, with 80-100 tonnes of carrots, parsnips and beetroot being harvested on demand throughout the winter months until February, when the whole cycle of ploughing and planting will begin again.

Nature does provide; the first harvested vegetables actually arrived on campus in synchronicity with the start of the academic year - in late August, delivered by the Cork family-owned company Waterfall Farms, who manage the eight-acre site at Curraheen, and deliver to KSG, the catering company which rents the land from UCC and has 13 outlets within the university.

But behind many apparently simple projects there can be a lot of thought and hard work. In this case, the healthy food initiative is actually part of a Green Campus strategy being implemented throughout the whole of the university, which is student-led, research-informed and practice-focused.

These accolades are the result of a shared commitment throughout our campus on sustainability. Its policy-making is far-reaching, involving staff and students on practical levels that include recycling and waste; energy, water and climate change; procurement and contracts; commuting; landscape and heritage; and teaching and learning. And a whopping sum of €20m is secured annually for environmental and sustainability research. 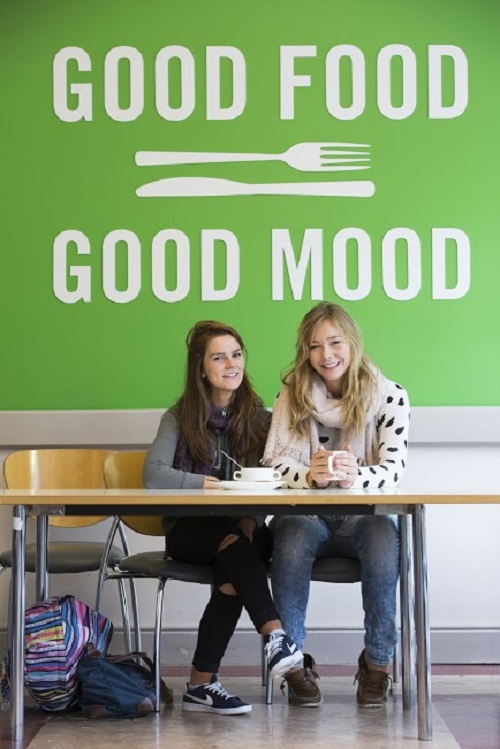 For example, our recycling rate has increased from 21% to 80% and all the leaves and branches from our beautiful landscaped grounds are composted and used on campus. And for anyone who is interested further, there is an audio and video guided Green Tour of the campus and a smartphone app tour of some of the key green features, available for all to experience.

But getting back to the eight-acre field - the ‘grow our own’ initiative comes under the Green Campus goal of encouraging and maintaining health and wellbeing. “Growing our own vegetables means that we are connecting our ecosystem to food, to our students and to our staff on campus,” says Professor John O’Halloran, Vice President for Teaching and Learning, and one of the promoters of the sustainability strategy.

“Students and staff already had polytunnels on campus for the past 10 years where we have been growing a range of herbs and salads which are used in the restaurants. And we use a rainwater collection system which is a simple and sustainable way to provide water for the crops,” he says.

But the green field project, not far from our university gates, is a big step forward – a step that reaches out beyond the campus, involving not only the Martin family business at Waterfall Farms, but also the major Irish catering firm, KSG.

Although KSG supplies many third-level institutions in Ireland, this shared venture with UCC is an absolute first, and very exciting, says MD of the company Michael Gleeson. “We as a company have also partnered with the Sustainable Restaurant Association (SRA) which is a UK and Ireland not-for-profit organisation. It works with restaurateurs like ourselves in KSG Catering, and guides us and supports us in how to bring forward sustainable methods,” he says.

“This project - where we have eight acres of land to grow and harvest crops and bring it back into our restaurants – fits very nicely for us as a company. We were a member of the SRA for about four years, but by working in partnership with the UCC Green Campus initiative, we won the highest accolade from the SRA last March, a three-star Food Made Good award, recognising us as Ireland’s most sustainable restaurateur.”

This type of mutual interaction around sustainability, linking our university locally and even globally, under the Green Campus umbrella, is part of the overall aim, says John, who points out that even the procurement office staff reference the sustainability status of a service, when tendering for contracts.

In the last academic year also, we piloted a very successful module on sustainability matters, delivered on campus over a six-week period and which was open free of charge to the public, as well as students and staff. One of the bonuses was that through this module - which is going ahead again this year - new relationships were developed, and existing ones strengthened, with members of key external civic organisations, extending UCC’s Green Campus influence into the wider community.

But for the 20,000-plus students and almost 3,000 academic, research and administrative staff on the ground, who want to get their teeth into all that delicious farm-fresh produce, where can they access it?

“They are also being used for hospitality events and in soups which are made in the main kitchen and transferred around campus to the smaller satellite units that have limited facilities, such as the Elements Cafe, the Still Restaurant, the Pharmacy Café and the Staff Common Room.”

It sounds like there is plenty to go around and hopefully a real appreciation for the source of all that wonderful produce, just five kilometres down the road from the busy campus.