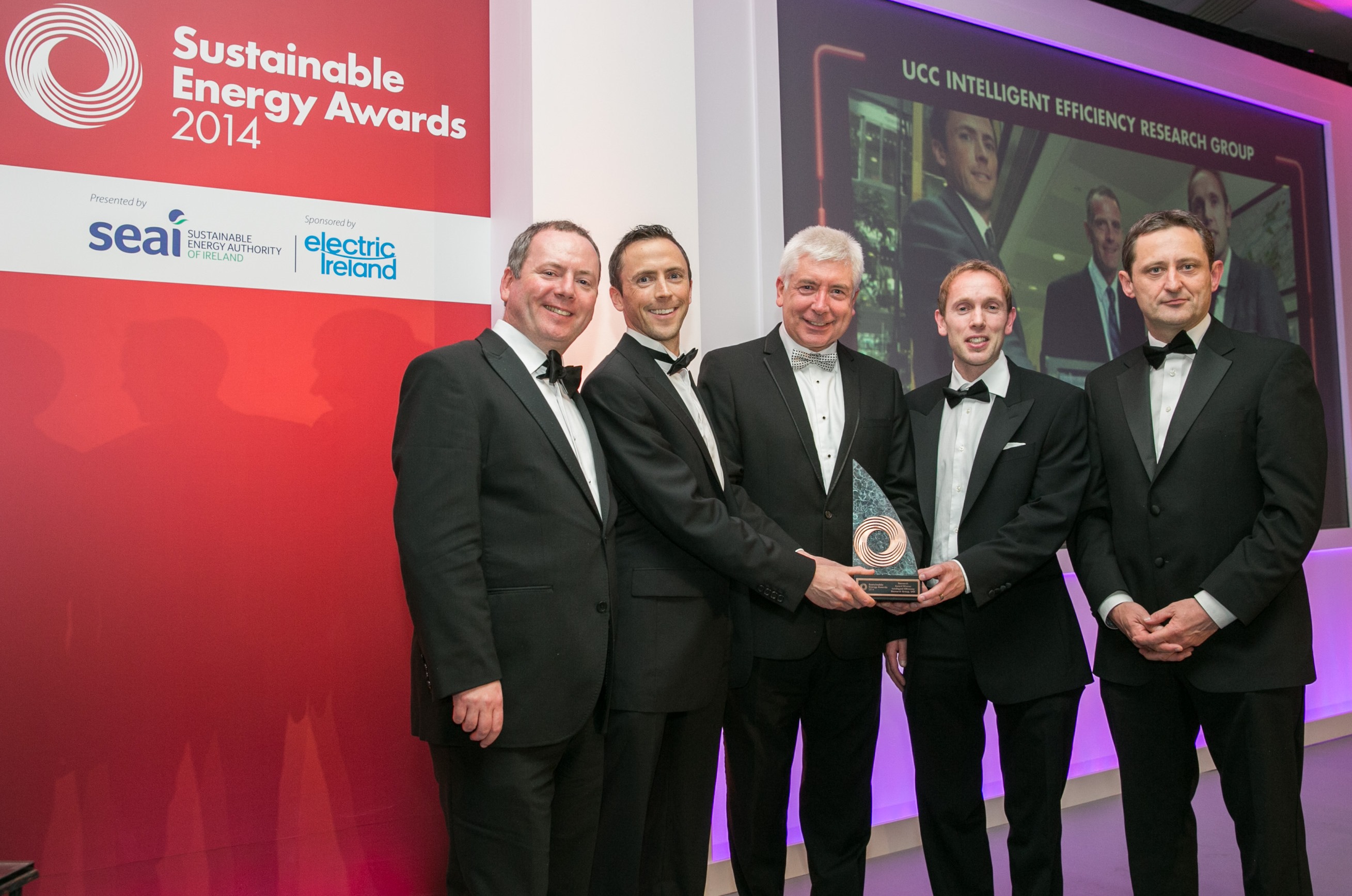 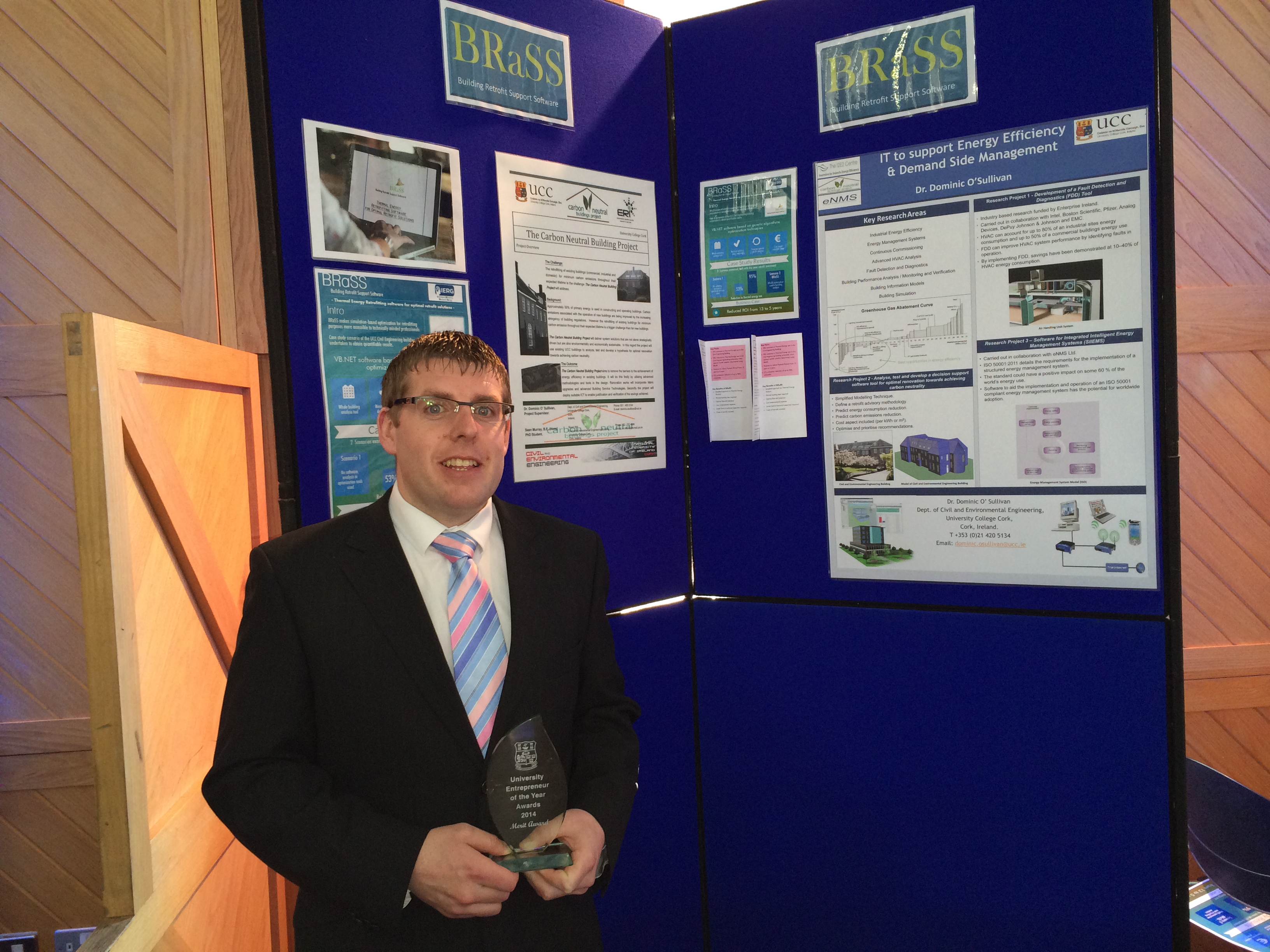 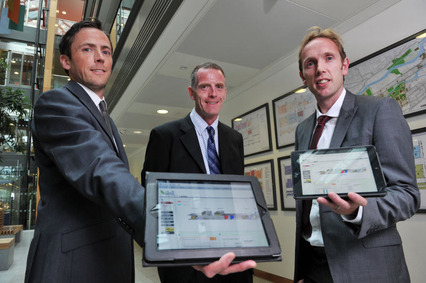 To date the work undertaken by the IERG has attracted considerable attention and national press coverage, with research conducted by the group achieving success in a number of high profile competitons.

The UCC ICT Invention of the Year award was won by the group following the development of a pioneering software application to detect faults in air handling units in large industrial facilities. The software was developed as part of the Enterprise Ireland-funded i2e2 energy research centre, based in Cork. Trials at five multinationals in Ireland have resulted in the identification of substantial energy savings. The team is currently in the process of licensing the technology and setting up a spin-out company.

The team also finished as runner up in the iMERC Innovator of the Year competition. Most recently, a merit award was secured in the 2014 UCC Entrepreneur of the year in recognition of the innovation and commercial potential of a building retrofit support software developed within the group.